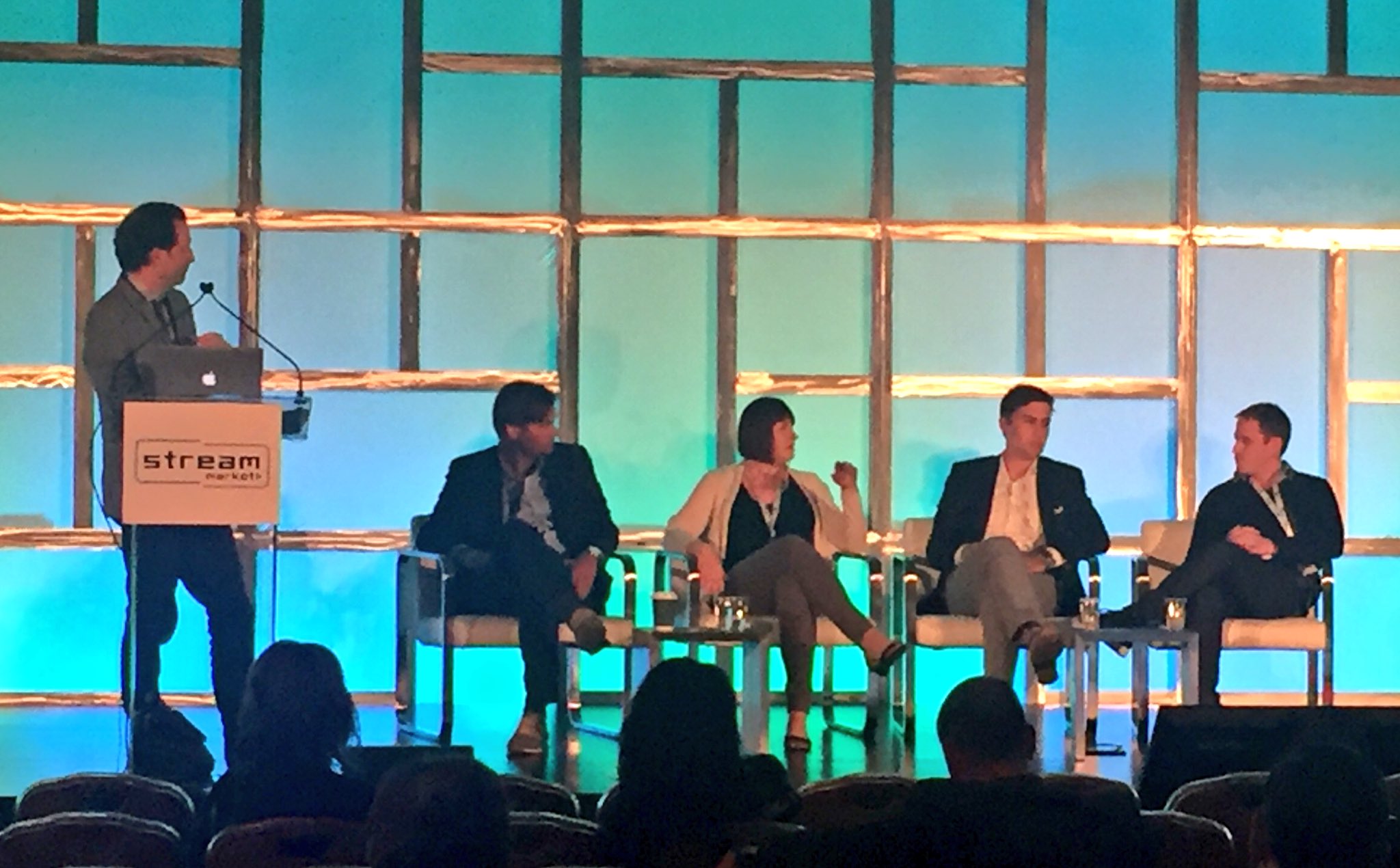 The big takeaways: lawyer up, Vine deals are cold and no matter who you are, data is everything.

The sun has set on the final day at Stream Market 2016, but the air in Santa Monica is still abuzz with the lessons handed down from industry experts and insiders.

Day two kicked off with delegates from around the world streaming (pun intended) into the Fairmont Miramar. Day one featured discussions around investments, global content, VR and more, but there was more to come:

Getting ready to kick off day two of Stream Market #stream16 pic.twitter.com/WuxqJB9ost

Stream Market Day 2. The stage is ready for @kirstinestewart from @twitter and @awallenstein from @Variety #stream16 pic.twitter.com/rjO1oGUJQv

Twitter’s VP of media for North America Kirstine Stewart opened the day with a keynote conversation. Her talk focused on the evolution of Twitter while still sticking to its roots — the idea of recapping events live. That included Twitter’s newfound emphasis on live video through its acquisition of Periscope and partnership with GoPro, and its new partnership with the NFL.

Talking Twitter at #stream16 Twitter is evolving immensely – no longer the 140 character app. Broadcasters are using the app well.

“No one is going to want to watch TV on their little screen,” said @kirstinestewart and all of us TV people. Weren’t we adorable? #stream16

Stewart’s chat was followed with a panel on the lightning-fast growth of the e-sports vertical, featuring 19-year-old Noah Whinston, a gaming and stats prodigy whose expertise on the niche sport has drawn many comparisons to the film Moneyball.

In the afternoon, the subject shifted from emerging verticals and platforms to content and creators. Influencers were front-and-center as they shared their own experiences with navigating the fast-changing business of online content (including why influencers probably need a lawyer before they need a manager).

Making the leap from YouTube to stardom. Look for those digital natives that can be successful talent on any platform. #stream16

#stream16 @BartBaker says every influencer must have a lawyer. I couldn’t agree more.

Cazers: a year ago CAA had to work to get influencers seen. Now studios calling looking for influencers #stream16

“We are telling brands they need to be producers.” – Kaaren Whitney-Vernon #stream16 Amen!

Does @gavinmcgarry have a podcast? I would listen to the ish out of that… #stream16

The day capped off with the discussion of what happens when new media meets “old” media — when digital stars hit the linear airwaves.

Last panel – jumping screens. Lines are blurring between screens. How does that impact strategy? #stream16 pic.twitter.com/QVmM6H8enz

“Our content was driven by data and we concluded people love bacon.” – Darren Morenstein #Stream16

Relles: something about how quick you can try things on YouTube but there is still something in the traditional dev process #stream16

Find that sweet spot, blurring the best parts of the digital and tradition development process to make something great #stream16

Digital is nimble, you can try out projects/concepts and get real time feedback – @bonnieburkepan #Stream16

Morenstein: TV is another platform. We will put be on as many platforms as possible but #epicmealtime aud may not follow to TV #stream16

Apparently the food wasn’t bad, either.