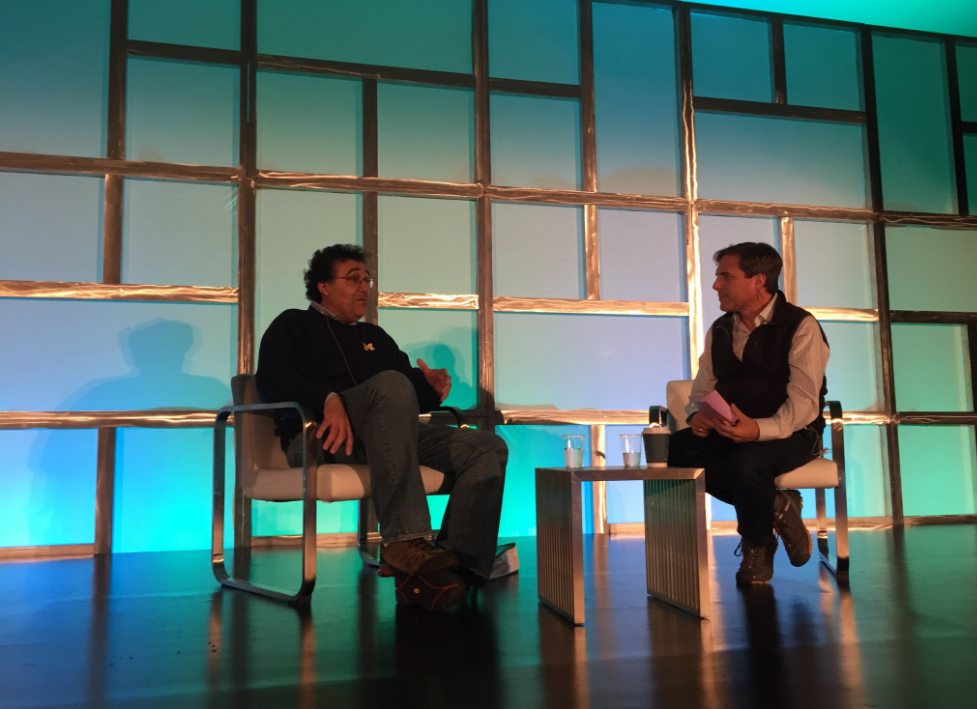 What they’re saying about #Stream16: Day one

Wall Street loves companies with global ambitions; branded content is still a tricky beast; how to follow the money and other lessons from the first day of Stream Market.

The sun is just rising on the second day at Stream Market, but since the start of day one, delegates have already been exposed to a ton of information from experts spanning investment and branding to talent management, VR and content creation.

The conference opened June 6 with some 300 delegates gathered at the Fairmont Miramar Hotel and Bungalows to hear from the best and brightest in the industry on the hot topics of the moment — and the future.

The first to take the stage was media analyst Laura Martin, managing director of Needham & Co, with a provocative keynote touching on the reality of digital advertising, where audiences are, and what will book you a one-way ticket to falling behind.

“Wall Street is re-valuing upwards companies that generate revenue from the globe,” Martin told the crowd, repeatedly emphasizing the importance of media companies being borderless.

“We are re-valuing companies downward that can only generate revenue from the U.S. or a part of the U.S. If you are Comcast and you are gated by where your wires reach, we are valuing downward. If you are Facebook or Trip Advisor or something that feels portable, we are evaluating upward.”

Martin’s speech resonated throughout the day, with various speakers over the next hours feeling compelled to state whether or not they agreed with her statements.

One of those speakers was Defy Media president Keith Richman, who eschewed Martin’s claim that being relevant means being multi-platform.

“We’ve learned over the years that you can do fairly well just on YouTube alone.”

In his fireside session, Richman broke down what it’s like working with smaller digital budgets, what that word “premium” means in 2016 and the programming strategy driving the Defy brand (hint: it’s borrowed a little from linear).

“We believe a combination of both (TV and digital) models work. When we launch a series, we typically launch with (only) a few episodes unless there’s an established IP that we’re basing off of. A lot of the shows that were most successful on television years ago were ones that took a couple years to find the voice. By filming all upfront, we’d be eliminating our ability to find our voice,” said Richman.

Advertisers acceptance of premium content more relaxed now. Vlogs would not have been acceptable a few years ago. @keithrichman #Stream16

Content creators tell the stories they want to tell and don’t always tell the story the audience wants to hear. ~ @keithrichman #stream16

Of course, it wouldn’t be a digital media conference without talking about everyone’s favorite topic: money. In the “FF to 2021” panel, experts discussed where exactly money would go over the next big opportunities for investors. No surprise, Snapchat came up quite a few times.

.@crosscutvc and a few other VCs talk investment opportunity and challenges in the video space #stream16 pic.twitter.com/L92fjfDEjk

#stream16 Brian Garrett on #snapchat: ur not allowed 2 monetize ur channel. That will change, but SC will want piece of the pie like YouTube

Branded content, a recurring theme among digital media pros, took the focus, with pros like CAA Marketing’s Jae Goodman and Little Dot Studios’ Selma Turajlic (who joked, “Branded content is a little bit like my surname. You can’t pronounce it, you have no idea what it is”) sharing their experiences creating meaningful branded content.

Re: branded content – The beauty of the moment is that we get to define it and determine what it looks like. ~ @GoodmanJae #stream16

Turajlic: Brands need to be braver to do digi content #stream16

Other highlights from day one included in-depth discussion on virtual reality, breaking down global content barriers and the next big talent and trends to break out.

Heller: Hulu wants to be the Hulu of #VR #stream16

“Asia is not one. Imagine the United States divided into 20 different pieces with 20 different languages.” @desmondngai at #stream16

Doug Greiff: It often disappoints me when people say “The same set of stories are still being told.” Well, find new storytellers. #stream16

Quality in digital? It grabs u or doesn’t grab u. It has to be compelling, says Rodrigo Garcia @indm #stream16 pic.twitter.com/amJiBhdu3o

All StreamDaily editorial staff will be on the ground at Stream Market. For live updates, follow the crew on Twitter.