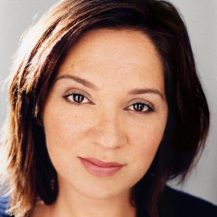 The digital media co continues to bolster its new linear channel, promoting the former MTV exec to be its SVP of development.

There’s a new guiding hand behind unscripted programming at Viceland. Nomi Ernst Leidner has been promoted to serve as the lifestyle and entertainment network’s SVP of development.

Ernst Leidner will be responsible for steering unscripted development across Viceland and will collaborate with the internal development team as well as with outside producers. She will also work closely with president of programming Nick Weidenfeld and creative director for Viceland International Cristián Jofré, both of whom just joined the network back in April, co-presidents Spike Jonze and Eddy Moretti, and Viceland general manager Guy Slattery.

“Nomi is an outstanding talent who has already proven that she understands the fabric of this network and the kind of shows our audience wants,” said Weidenfeld. in a statement. “She is going to be a key player as Viceland continues to grow out our slates of original programming, working with creative teams both inside and outside the company.”

Ernst Leidner joined the company in February 20115 as executive producer at Viceland, presiding over the production and launch of mainstay linear and digital programs of Gaycation, States of Undress and Woman with Gloria Steinem. Before that she was the VP of development for MTV’s news and documentary division, responsible for launching signature programs for the network including Catfish. She began her TV career as a producer for CBS’s 48 Hours with Dan Rather.

Ernst Leidner’s promotion comes less than a month after the network announced it would be launching five new original programs to its lineup this summer, as well as renewing five shows for a second season, including Gaycation on which Ernst Leidner was an executive producer.

Her promotion follows news that Debi Roac, former production manager at ITV,  joined the millennial media company as vice president of TV production for EMEA. Dan Louw also joined the media co as VP of development for Viceland U.K. via his previous position as a head of development at the BBC’s documentaries department.