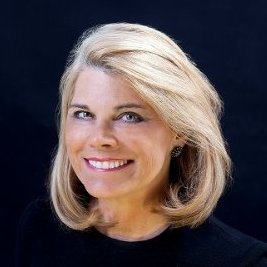 #Stream16: Laura Martin and the future of streaming

The media analyst breaks down why online video still pales in comparison to TV, and why the future of digital probably looks a lot like linear.

It may be easy in the post-NewFronts world, with all its VR announcements, new original series and rebrands, to believe everything is on the way up when it comes to streaming.

The managing director at Needham & Co, who will deliver the “What Happens Next” Stream Market Keynote on June 6,  has spent her entire career following the media space, with the majority of that spent on the investment banking side. And, in true investment-banker fashion, much of her view of the streaming space follows the money.

In her view, streaming still represents a “tiny” portion of media consumed. What’s more, she isn’t even sure if it’s an industry big enough to care about.

In the U.S., there are three major streaming aggregators (Netflix, Amazon and Hulu), and a handful of more niche OTT services, mostly in the sporting space. Traditional broadcasters, too, are getting into the TV everywhere space; however, from a provider perspective, that pales in comparison to the 300+ channels available for audiences on linear.

At this stage, she said, TV really has little to worry about from the streaming upstarts.

To illustrate her point, she conjures up a wrestling SVOD with perhaps two million subscribers by way of an example.

“Can you create a cost structure that can survive on two million people paying $10 a month? And even if you can, is it big enough business for anyone to care about? That’s $240 million a year. In America alone, CBS is worth $40 billion. Even if (a wrestling SVOD) can create a a profitable business, it doesn’t matter,” she said in an interview prior to her keynote address.

In previous media interviews, Martin has said it’s important that content creators and owners view digital revenue as a supplemental source, rather than the primary one, saying content owners make around $0.30 per hour viewed on TV versus $0.03 per hour on YouTube and $0.11 per hour on Netflix.

But it’s not all doom and gloom: “TV has been building itself for 50 years and streaming is 10 years old,” she added. “So we should probably give it 15 years.”

Where people should be paying serious attention to is the global market, said Martin. But here, too, she’s hesitant to give streaming media players an easy pass.

Global rights is tricky business, and traditional players have been hesitant to sell their content to streaming-only players, she said, noting, “Over at CBS, they’re doing over $1 billion in international (sales of content).”

Players like Netflix are hammering away at picking up the global rights, but contracts expire at different times, and some local players are likely to put up a fight for content exclusivity (especially as more and more global linear channels are venturing into the OTT game themselves with their own services) — all of which becomes a costly venture for the publicly traded SVOD (even as it expands around the world).

So is it any wonder then it’s investing so heavily in original and more local content?

Where the real opportunity lies globally, Martin said, is through mobile. Poor digital infrastructure means mobile is the main form of internet connection in countries around the world, and even in countries like the U.S., mobile is becoming increasingly important.

In fact, in the U.S., Martin predicts there will be a move towards more premium, snackable content that people will consume on the go.

“I think there will be a huge pent-up demand for short-form content — five minutes or less,” she said. Occasion viewing — such as content to watch while in line at the grocery store or on a walk into the office — will become the norm.

That being said, she’s unsure who the main players will be: “Right now it’s all user-generated on YouTube,” she said. “And it’s really hard to monetize.”

That’s not to discount the content the MCN and digital networks have been commissioning at a rapid pace (as evidence by the recent NewFronts where digital programming announcements were so fast and furious it was hard to keep up). But it’s not exactly at peak. And Martin’s unsure who will inevitably lead the charge — though she’s keeping a close eye on that trend.

The move towards re-bundling is the final trend worth watching. While there is plenty of hoopla over consumer demand to only get the channels they want, Martin said audiences are fickle creatures, and when presented with too many choices, they will often revert to their standard option, rather than try something new.

She points to one supermarket study, in which consumers were offered to try six flavors of jam. Sales went up as shoppers flocked towards the sample they liked the most. However, when the sample size was increased to 23, sales plummeted.

“People are afraid of making the wrong decision, so they just don’t purchase anything,” she said.

Martin points to recent deals, such as Hulu and CBS, or the Major League Baseball an the National Hockey League’s partnership, as a sign of things to come.

“What you’ll find is (that) it will be harder and harder for the next streaming service to get critical mass.”