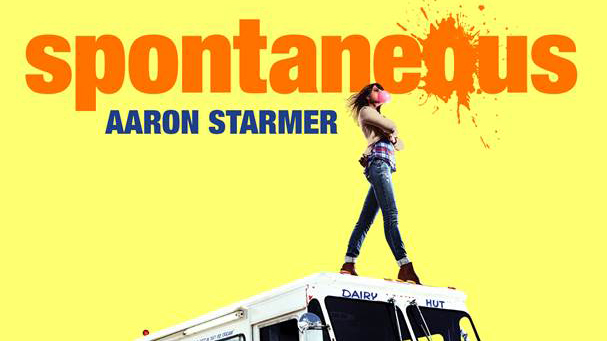 While the distribution model for the film has not yet been set, the teen-targeted prodco has a history of releasing direct-to-consumer flicks.

Awesomeness Films, the film production division of MCN and digital prodco AwesomenessTV, has acquired the movie rights to the young adult novel Spontaneous by Aaron Starmer.

Despite the title, the acquisition is part of a very deliberate effort by Awesomeness to build its slate of Gen Z-friendly, digital-first films. The company, which released its first movie, Expelled, in 2014 (The film went on to become the most popular transactional VOD title of the year), and followed up with Smosh: The Movie (which debuted in the top comedy spot on iTunes the week of its release in early 2015), is hoping for the same success with Spontaneous.

The book, which will hit shelves Aug. 30, follows high school senior Mara, who finds herself nervously attempting to navigate her final year of high school when her classmates begin spontaneously combusting. Although the book has not yet hit wide release, it has received early praise from the likes of John Green, a YouTube influencer (he and his brother Hank Green, known as the Vlogbrothers, have 2.85 million subscriptions), and author of the best-selling youth novel The Fault in Our Stars. Green has called it “truly the smartest and funniest book about spontaneous combustion you will ever read.” It was also named a Book Expo America 2016 Young Adult Buzz Book.

No distribution model for the film has been determined, although Smosh: The Movie and Expelled were both direct-to-consumer debuts.

Awesomeness Films also recently produced the adaptation of Lauren Oliver’s novel Before I Fall, for which Open Road Films recently acquired the distribution rights. Awesomeness Films will also adapt Oliver’s next young adult novel, Replica. Other recent projects include the Tyler Oakley doc Snervous and the young adult thriller You Get Me, which recently began filming.

The rights to Spontaneous were brought to Awesomeness through film exec Max Siemers.