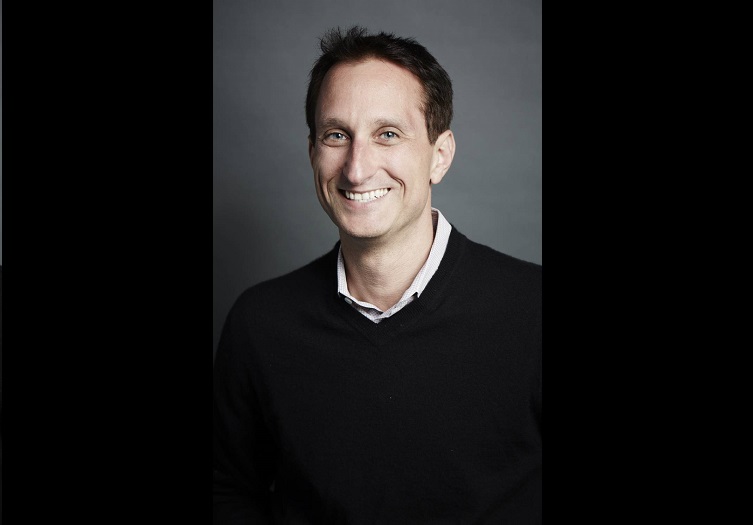 The president of Defy Media spills on his company's growth strategies, and where opportunities lie as demand for quality digital content soars.

To hear the presentation delivered at the recent NewFronts in New York, it would be easy to assume that data and analytics — the two words most-often associated with digital video — are the principal drivers of programming decisions at Defy Media.

That’s not exactly wrong, says Keith Richman, president of the Gen Z-focused media co behind smash franchises like Smosh, Clevver and ScreenJunkies. No one in this industry would argue that all those numbers measuring views, engagement, sharing and more are anything less than essential to revenue and business growth.

After all, says Richman, “If you can’t get it out there and get it seen, you are just competing with everyone else in the ecosystem who is launching 1,000 hours (per) second on YouTube.”

Yet, it’s equally true that survival in a crowded digital space is far more nuanced than even the most complex set of metrics can deliver.

If it was just about the numbers, then we really wouldn’t need to look much further than the cat riding the Roomba in a shark suit.

“(But) there is a difference between a viral video and true programming,” Richman insists.

“For us, it starts with the brands. Our brands are meaningful to people…in the same way I used to look at MTV when I was a kid. Because of the strength of those brands, we are able to do a lot of the other things we do really well. Everything else is really a tool.”

StreamDaily caught up with Richman in advance of his fireside chat June 6 at the annual Stream Market conference in Santa Monica. There, he’ll share some of the secrets behind Defy’s best brand-building strategies, and how the media co has grown its reach to 65 million subscribers and 125 million monthly viewers on YouTube for its portfolio of top-ranking brands and, more recently, made the leap to new and emerging platforms like Facebook, Snapchat, Verizon’s go90 and Comcast’s Watchable.

We asked Richman to give us a sneak peak at that discussion, ranging from what it takes to stay ahead of the pack to where the opportunities lie as demand for quality digital content soars.

The following interview has been edited for length and clarity.

You seem to put more emphasis on analytics than other brands. Why is data so important to Defy?

I think there are a couple of elements to answer the question. Everything still does start with a good idea and the programming, and that is informed by (both) research as to what we think the audience is interested in and what they are excited by, and, in a lot of cases, people with great creative ideas. Once (the programming) comes time to market is where we become analytical.
First, the marketing on digital is a combination of art and science. The art side is more obvious. The science side is what has worked historically in terms of time of day, day of week, and leveraging your other assets to promote things. In other words, we think that analytics help us create that 8:30 p.m. time slot on Thursday after friends , which used to be the best time in forever to launch a program. Understanding what each of our assets can bring to bear from a marketing standpoint. We are then able to understand from a marketing standpoint how to launch a new program.

The second piece of it is how do we optimize (the programming) when it up and how do we make it something we can continue to evolve. That is as important as the launching of the programming itself. We’ve seen such success watching what happens when you pay attention over time and that, to be honest, is really intense when you first launch (a program), maybe in the first eight weeks. Once it becomes an established voice, it becomes a quarterly check in unless somebody sees something going wrong or changing.

Over those first eight weeks, give or take, what exactly are you looking for? What are you measuring?

It is everything from the like to dislike ratio, the number of comments we see, the number of shares, the number of mentions of a show — things that prove that it is either resonating or not resonating with an audience. In the venture capital world…they have all these great tools that they look at to understand when a company is really going to pop (and) ‘Are we in a position to invest in this company that is really going to pop?’ We look at it not dissimilarly on our side, which is, based on what we know and historically what we have seen, which part of the show is working and which part isn’t. What is really exciting is that we have so many shows going on at any given time that we have the ability to do that.

Of course, it’s not all about viewers. Advertisers are also critical. In that regard, what does Defy do differently with its programming to stand out in the digital crowd?

The business was based on advertising for a long time and now that the our brands are strong and have involved audiences, it is a little more nuanced than that because the IP itself has become valuable. The biggest differentiator is that we have a true show-based (strategy); we have (our top) seven brands and 72 shows, and each of those shows is a true franchise. We joke that our Honest brand is like our NCIS (the CBS franchise): we have Honest Trailers, Honest (Commentary), and we are going to keep launching new variations of that.

So, getting the scale certainly helps in getting the advertisers interested. It also helps getting syndication interested because you have proven there is an audience for the program. It’s great when you walk in and talk to new platforms and global partners and you can say seven million people watch each episode of Honest Trailers. So we know it is good, whether it is good on your platform, is a function of how you structure it, how you put it on how you program it. Because it definitively works. People watch it very consistently and have done so for five years. That is the big difference.

What are the exciting platforms, beyond YouTube, that you are working with now or see potential for in the immediate future?

It goes without saying that Facebook is important. Snapchat is obviously important. We look at platforms like go90 and Comcast’s Watchable as being very important. We did a deal recently with Sky TV which we think is really interesting and we’ve got a deal with a couple of these new guys who haven’t even launched yet — bigger media companies who are launching different services. The good news is that everyone represents an opportunity to distribute the programming. The bad news is everyone represents a good opportunity to distribute the programming, so the only way to really manage it is to experiment with all of them. We don’t do deals with everybody, but almost everyone who is getting in the space right now is credible and it is really exciting from that regard.

Looking forward, where do you see the industry moving in the next year or so, and what do you need to be doing to take advantage of that change?

I think there are a lot of people in the media world who make money who don’t deserve it. (It’s not unlike) the world of taxi dispatch, where the middle man is basically being cut out because they don’t mean anything in this new world. The internet is really good at sussing out the people who don’t add value to the customer and eliminating the middle man. Now, if you look at the world of media, there are way too many people who get paid for very small audiences. Over the next few years, what is going to happen is that those that have no value – that have audiences in tens of thousands to low hundreds of thousands for almost everything they do — those are going to go away or they are going to get paid less. As a result, those who do have audiences in the millions and millions, who have proven to be shows or brands that are really, really impactful to people, suddenly are going to have opportunities to get that money.

The biggest opportunity is that there are dollars up for grabs that are not what I would call ‘earned dollars.’ They are dollars that were put there because of the system. That is the most exciting part. We are not creating the market here. We are just reallocating funds to the people who deserve it.

How about Defy? What does the future hold?

As big as we think our brands are (now), we are still in inning one. If you stop an 18 year old today, they are going to know Smosh because some point in the last 10 years they experienced it.

If you stop a 13 or 14-year-old today, they are going to tell you have much they love Smosh. What is really interesting is that when those 18-year-olds today become 28, the nostalgia factor sets in, just like we are nostalgic for Double Dare or Nickelodeon. The ability for us to grow those brands and make them meaningful and extend them is really just in its infancy.