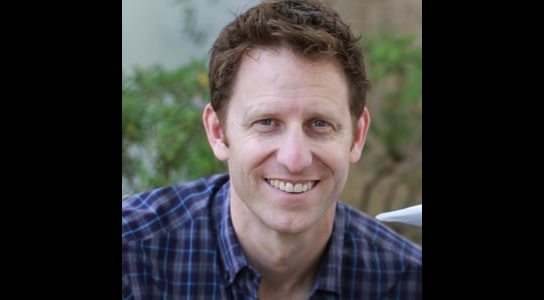 Countdown to Stream Market: Derek Dressler on creating art in the digital world

Vimeo's head of content acquisition on premium content, how SVODs have shaped the plaform's strategy and knowing what people will pay for.

Derek Dressler can’t help but laugh when recalling a recent quote from The Guardian that likens Vimeo to YouTube — “if it went to film school.”

But he doesn’t deny it.

The video-sharing site, which launched the same year as YouTube, is also known for its largely free, ad-supported model, which allows anyone to join, upload and watch videos.

But over the years Vimeo has not so quietly distinguished its strategy from that of the Google-owned giant’s. The change started in 2013 with the launch of Vimeo on Demand, a self-distribution platform that allowed creators to monetize their videos through transactional services. Since then, the company has also allowed creators to launch their own SVOD channels, and recently acquired tech start-up VHX to allow standalone SVODs for creator clients.

But the strategy behind Vimeo’s content — which Dressler said is easy for some to write off as “elitist” — has also evolved, and, as head of content acquisition for the company, he should know given that he’s among the people tasked with making that change happen.

In 2014, Vimeo began funding originals, starting with the pot comedy High Maintenance, which has since been picked up by HBO for a linear run. Since then it’s gone on to fund projects from Bianca Del Rio’s Rolodex of Hate and the comedy special of drag comedian Roy Haylock to the short film Darby Forever by SNL alum Aidy Bryant, pinball documentary Wizard Mode. More recently, the company has also launched initiatives to fund projects from women and LGBTQ producers.

Next week, Dressler will make an appearance at the annual Stream Market in Santa Monica, hosted by Brunico. There, he will lend his expertise to digital-first producers in a 30-minute chat about Vimeo’s programming, and what exactly the company means when referring to “premium content.” In advance of the conference, StreamDaily caught up with Dressler to get a preview of his panel.

The following interview has been edited and condensed for length and clarity.

Catch us up on what Vimeo has been doing this year on content side of things?

We’ve greatly ramped up our original programming slate with the release of a couple original series, one called Lonely and Horny from the creators Jake and Amir; (and) one called The Outs that we funded a second season of, which was a similar model to what we did with the series High Maintenance. We’ve got Wizard Mode, a new documentary about a real-life pinball master. In terms of content, it’s been a pretty busy first half of the year, but at the same time we’ve also acquired a company called VHX, which was previously one of our competitors in the direct-distribution VOD space. The reason we acquired them was because we’re getting really serious about seeking partners with subscription channels, so we’re not just buying and funding content, we’re opening the door for creators to offer their own full-service subscription channels.

You guys have really been diversifying lately. What’s been the motivation behind altering the company’s DNA like this?

I wouldn’t say it’s altering. We’ve always been a creator (tools) platform first. Vimeo’s place in the industry has always been for me kind of like an online portfolio, a place for creators to curate and show their work. So any way that we can help creators reach their audience with their work worldwide, without advertising, without interference, that’s something that we’re going to pursue, whether it’s building up the options for our on-demand services, giving them this option to create a subscription channel. We’ve always been creator tools first, so it’s just adding more tools to the belt.

Vimeo was founded in 2005 — Since then a lot of major SVODs have come onto the market. How has that influenced the way Vimeo has grown and invested in content?

We had this open access transactional VOD platform, Vimeo On Demand, which we’ll continue to support. But since the rise of Netflix and Hulu and what not, we’re seeing more of a consumer preference toward subscription offerings as opposed to a la carte. The VHX acquisition is the acknowledgement of that. Again, it comes back to needing to be more of a provider of good subscription tools. Seeing the growth and success of YouTube, Amazon, YouTube Red, Fullscreen, it’s emboldened us to take a greater involvement. It’s clear that creators want to create subscription content, so that’s where we’re going.

Taking it back to programming — what is it that you guys really look to invest in? What creative direction are you taking things in now?

We like to celebrate up and coming creators, giving creators an opportunity to spread their wings where they may not have before. A good example is Aidy Bryant’s Darby Forever. She’s had a lot of success on Saturday Night Live, but hasn’t had a lot of opportunity to express herself in the creative environment. Jake and Amir have kind of had this off-the-cuff style show on YouTube, but Lonely and Horny was really their chance to create something with very developed characters. So we’re never going to pigeonhole anything into a certain genre that we like to invest in. We want to give creators their chance on content that they might not otherwise get to make. Nothing tells that story better than High Maintenance. It really started as someone who just wrote these episodes and posted them on Vimeo to get attention. It was just really, really good writing and people loved it, so we invested in a new season, fast forward a couple years later and it’s going to be on HBO. Obviously we hope that everything ends up a success story like that, and that Vimeo can really become that go-to for premium content from creators.

We hear that word “premium” so much — what does it mean to Vimeo?

For us it’s pretty simple. Because with Vimeo we have the curation aspect with our staff picks, featuring certain works by creators, those are the works that are labelled as “premium” by us. Just a very obvious way of saying “This meets our criteria.” Probably the biggest questions to ask with whether or not something is premium is ‘Is this something that people will pay for? Is this something that people will not click on and quickly click away?’ It’s not meant to be cotton candy video content. It’s something meant to be creative — something that will make people watch an eight-minute video.

That said, do you think the word “premium” is getting thrown around the industry too much?

I would say it’s just subjective. Each platform, each place with an audience will have a different definition. But, yeah, I’d say it’s become a bit of a buzz word without question. But it’s still a way for people to figure out a model where people will pay for content. I think for most companies it does come down to that question of ‘Will people pay for it?’ And, in most cases, different platforms have different audiences. There’s a swarm of endless content that doesn’t feel special anymore, so ‘premium’ is how you define what stands out.

Speaking of audiences, who is Vimeo’s main demo right now?

It’s certainly a lot of film professionals and aspiring film professionals, and people who have more of a serious interest in content. Of course many, many people use both, but I would say our main demographic of users is maybe a little older than people on YouTube. There was a press quote that said, “Vimeo is everyone on YouTube who went to film school.” This is not to denigrate in any way what goes on on YouTube, but (Vimeo) is a bit more aspirational, a bit more artful. Sometimes I feel there’s a negative connotation there, that we are a little more elitist in the case of the content. That’s not true at all. We feature great things like music videos and comedy videos and work that is really really accessible.