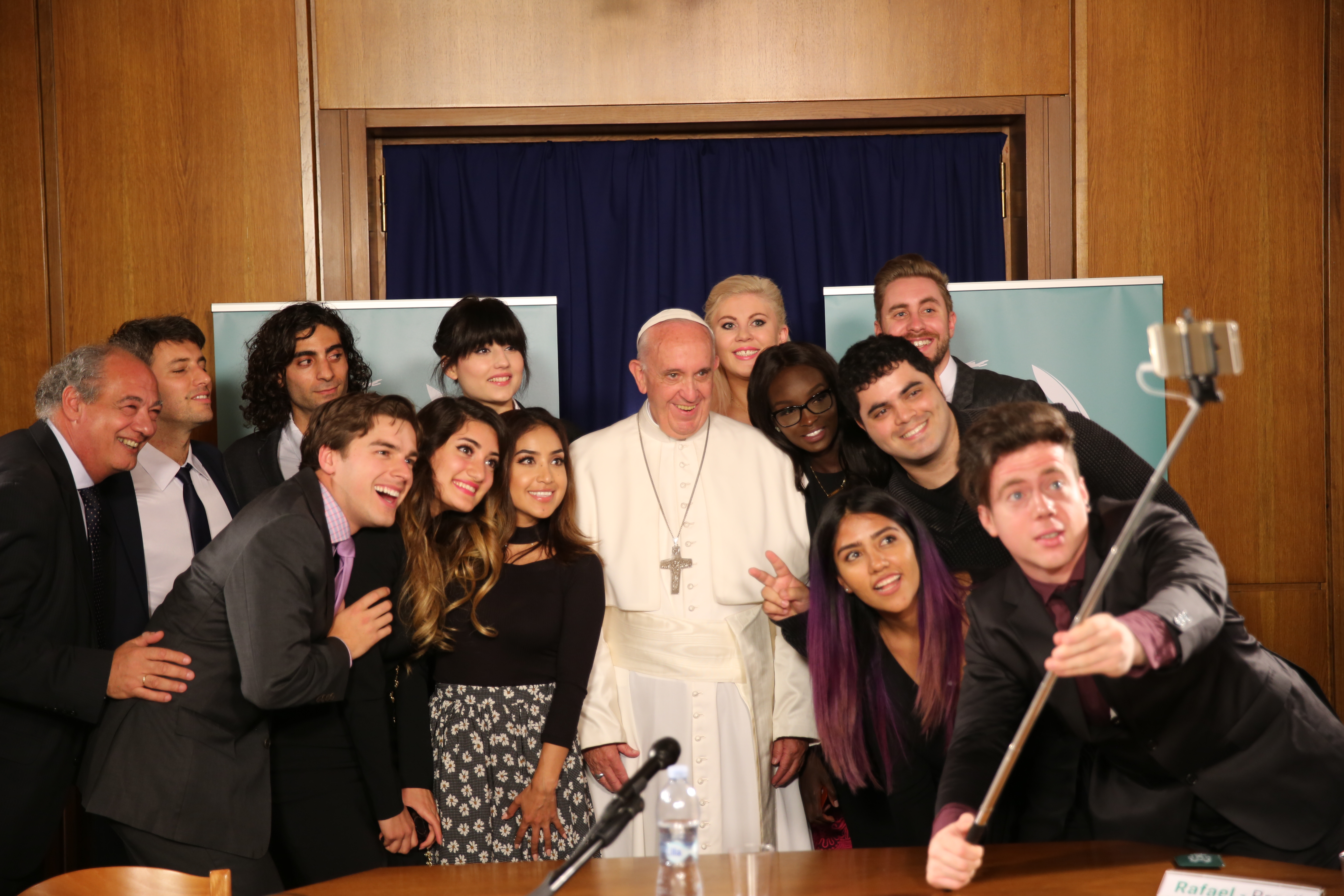 The group of young influencers met with the Pontiff to discuss the power of the internet in promoting positive ideas around the world.

Pope Francis is harnessing the opinion-forming power of millennial YouTube creators in a bid to promote world peace, in a move that speaks to just how mainstream — and influential — online creators have become.

At the Sixth Scholas World Congress in Vatican City, a three-day summit put together by Scholas Occurrentes, an organization founded in 2013 by the Pope to promote education and peace, the Pontiff engaged in a “first-of-its-kind” dialogue with 11 young creators representing 10 different countries and accounting for more than 27 million subscribers globally.

The creators emerged from the summit, which took place between May 27 and 29, on a mission from the Pope: to harness their influence to promote diversity and a culture that aims to achieve peace around the world. To that end, each creator will share videos over the next few weeks that highlight their personal insights about their conversation with the Pope, addressing topics like immigration, gender equality, loneliness, self-esteem and respect for diversity.

José Maria de Corral, president of Scholas Occurrents, said in a statement that the influence of online creators is so strong that it can’t be denied — especially by the Pope.

“Our main goal in bringing together such a different group of young people… is for them to build communities that understand the different perspectives and ideas that exist. The Pope firmly believes that freedom of speech and the variety of opinions on the internet play a crucial role in building more respect towards diversity and in unifying the people in world,” said de Corral.

“I think I speak for everyone when I say how exciting it is to see such a major world leader take interest in the power of new media to create positive social change,” added Matthew Patrick (AKA MatPat), one of the participating creators, who hails from the U.S. and boasts 6.3 million subscribers on his YouTube channel. “It’s something we all believe in, so to have more traditional bodies take notice of the work we’re doing and be interested to learn more is incredibly validating.”