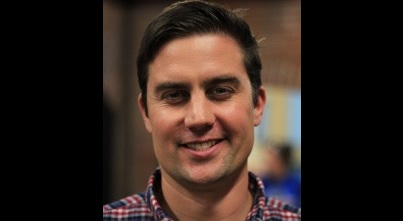 Countdown to Stream Market: Marc Hustvedt on the maturation of digital films

The Supergravity Pictures co-founder on creating digital films in a world that loves short-form, changing company DNA and feuding with theater chains.

Marc Hustvedt has been working in digital since the birth of YouTube. In 2014, he and Max Benator founded Supergravity Pictures, a digital-first production company specializing in feature films.

While short-form content and online television series have had their fair share of breakout success in the digital video industry, Hustvedt told StreamDaily that growth in features has not been quite so staggering. While Netflix has a slew of hit series’ like House of Cards, Hulu has Casual and Amazon has Transparent, so-called “breakout hits” are harder to come by when it comes to digital features, he said.

But Supergravity Pictures has still managed to grow and thrive, producing hits like the doc Gayby Baby,  horror film The Chosen and Elliot Morgan’s comedy special, Premature. The films have also served as a vehicle for young influencers — The Chosen starred YouTuber Kian Lawley, Morgan worked his way up from various YouTube hosting gigs, and Gayby Baby featured a soundtrack curated by influencers through a partnership with Connor Franta’s music label Heard Well.

Now, Hustvedt is set to appear at the upcoming StreamMarket conference and market in Santa Monica, where he will share his thoughts on alternate revenue streams for digital creators and producers — unsurprisingly, he said, one of those streams is through films. In advance of the panel, StreamDaily caught up with Hustvedt to talk more about the world of digital features — what challenges they face and why, ultimately, they’re worth it.

The following interview has been edited and condensed for length and clarity.

When you and Max formed Supergravity, what need within the market were you looking to fill?

From the very early years of digital, Max and I have seen all of these various waves of funding and excitement happen. One period of initial excitement for online was the (television) writer’s strike back in ’07. That led to writers and creative folks jumping online, and it actually opened people up to the idea that you could do entertainment online. Now, fast-forward a few years later, people are really open to online entertainment, but we found the industry still needed to mature. The ad-supported world now had a model, but on the longer-form front, both episodic and features, there wasn’t a clear model. The film world still very much needed a theatrical distribution window.

Did this also impact influencers?

Definitely. We go to VidCon every year, and we could see that influencers were doing more and more touring, they were doing more merch sales, but no one had really thought of direct-to-consumer movies. Then along came digital movies like Camp Takota and Expelled, and I think they woke people up. I don’t think there really had been a high-profile digital feature centered around influencers quite like Camp Takota (which starred YouTubers Grace Heblig, Hannah Hart and Mamrie Hart) before. After that, we started to think, what does a studio look like that doesn’t have these legacy barriers? We wanted to reduce the hold-back period for theatrical windows, which is typically 90 days. We wanted to increase regional availability of movies. Basically, we wanted to get rid of the things that are antithetical to what the internet likes — content that is globally available, available right away.

Do you think these changes have affected the way we view traditional theatrical content?

On one level, you have the rise of the major digital platforms. Netflix, Amazon and Hulu have completely changed what a TV show is. We’ve got content IP that is launched without a traditional network, and increasingly movies that didn’t go through the traditional theatrical window — Transparent, Narcos, House of Cards, digital-first movies like the Camp Takotas of the world that like to have their first windows online. They’re starting to have an impact and people are starting to see them as a real series and real movies. Of course, there’s still resistance. The film press is still resisting it a little bit to review those digital-first movies, whereas you do see television reviews for the online series. I think that tide is changing, albeit slowly. It’s on us as an industry and as companies like ours to make better and better films that you just can’t ignore so that film critics have no choice but to review them even though they don’t debut theatrically.

With so many platforms and new types of VOD windows available, does that affect the way you guys view content creation? Do you see yourselves ever moving into short-form for something like go90?

Obviously, our focus has been on features and increasingly on longer-form episodic narratives. We certainly do short-form for companion and marketing purposes. For example, we did a short VR video for The Chosen, which became the number one video for a week on Google VR the week it debuted. Truth is, never say never. A lot of companies are doing short-form. A lot of companies are making good money off of short-form. So while we are in features, we don’t want to ever write anything off.

What are the biggest challenges specifically facing the digital feature industry?

You clearly have a natural tension between streaming video on demand and transactional video on demand. Consumers themselves are sorting out what’s worth waiting for and what’s worth paying for to have right away. When you look at the economics of a single project, you see SVOD being an increasingly bigger part of the puzzle. Netflix and Amazon are going to festivals and directly acquiring films for global debuts on those platforms. But then there are still theater chains that are very entrenched with the 90-day hold-back, which we saw with (Netflix’s) Beasts of No Nation. Netflix is fighting the good fight, and we’re fighting it with them. We’ve had theater owners hang up on us (when we’ve tried to get them to show our films), and we have theater owners say, “We love it, bring it on.” And it’s a good time to point out that we have had films debut in theaters. Gayby Baby is an example, theaters were excited enough about this movie that it ended up having

Most recently, Supergravity started a talent management division. Was it a big deal to change the company’s DNA that way?

We didn’t really think of it as changing the DNA. Evan Weiss is a terrific veteran talent manager. He brings a real deep background of taking talent and advancing their careers beyond what they’re doing today. Separately, I think being close to talent as a company is important. You really can understand the needs and the pressures that are on the talent from the stakeholders. So I don’t actually think it’s all that different from our DNA. I think you’ll see a lot of production companies and networks getting into the talent management because as this industry matures, we realize how linked everything is. It helps us, and it helps the artists.