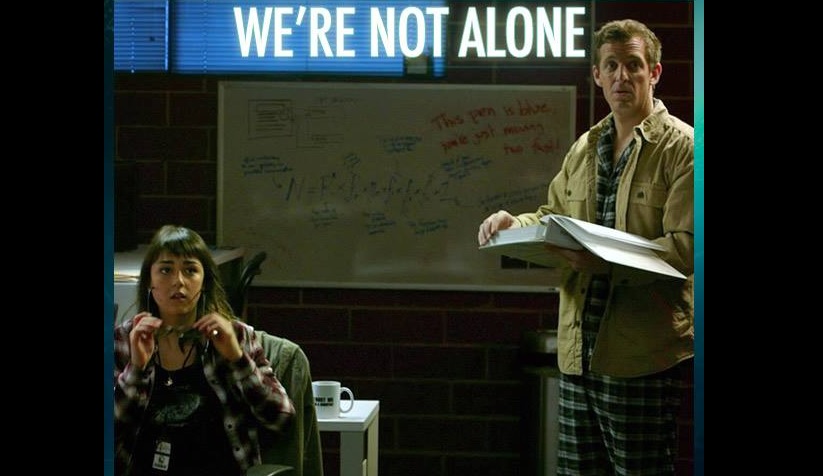 Cracked talks to aliens in new series We’re Not Alone

The online comedy brand, recently acquired by E.W. Scripps, will roll out new episodes of the millennial-targeted sci-fi series every Wednesday.

The series  follows the antics of Andrew and Carly, two low-paid scientists who just happen to be working on the night aliens make first contact with Earth. Faced with answering many important questions, like “where do we hide,” Andrew and Carly descend into a top secret bunker where all the big, post first contact decisions will be made by a small group of individuals, including a decorated general, the President of the United States and the Pope (probably).

The series is set to air new episodes every Wednesday for the next five weeks, with episodes hosted both on YouTube and on Cracked’s website.

It was its fleet of millennial fans that led to Cracked being acquired back in April by Cincinnati-based broadcaster E.W. Scripps Company for $39 million. The purchase was a bid by Scripps to bolster engagement with younger audiences through edgy digital content and make more headway in the OTT space.

“We think there’s just a lot of opportunity in the premium video space for OTT, and since Cracked’s videos are both long and short-form, it’s a good fit for the space,” Adam Symson, chief digital officer at Scripps, told StreamDaily in a previous interview.

Not only did the acquisition give Scripps access to Cracked’s engaged audience (users spend an average of eight minutes on text and video pages) and strong native advertising and branded content business, but it also gave Cracked greater access to new distribution opportunities.

“They haven’t really had an opportunity to expand in terms of distribution. They depend on YouTube for (video) ad revenue,” Symson said.

Cracked launched in 1958 as a humor magazine, but after being bought by Demand Media back in 2007, it’s been steadily building up a reputation as an online source of satire, social criticism and absurdist comedy.