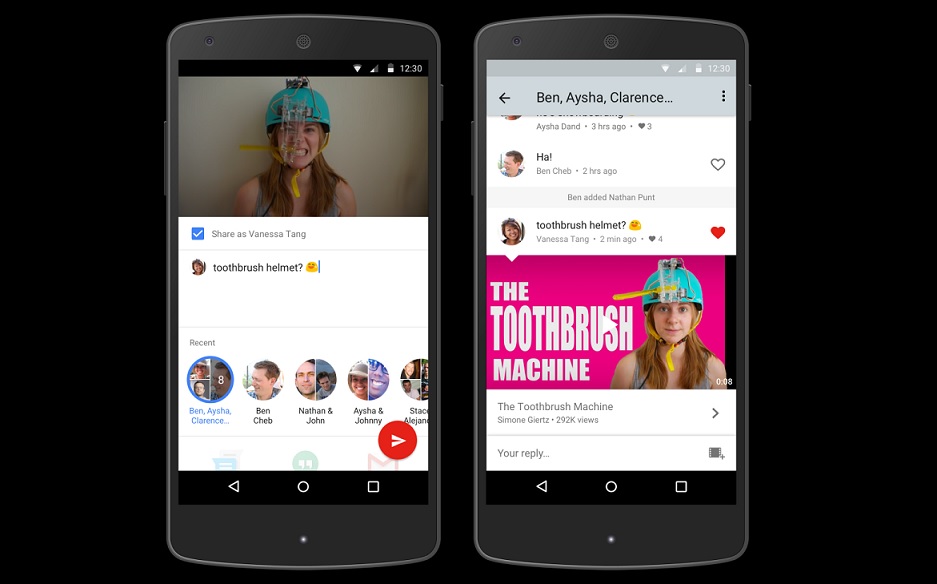 The feature is intended to keep users on the YouTube app longer, rather than switching between apps to share videos.

YouTube is gradually rolling out what it calls “native sharing” — a feature to its mobile app that allows users to share videos with one another directly through a chat feature within the app.

The change appears with the latest app update for mobile users on iOS and Android devices.

Prior to the upgrade, a user would have to copy a link and send it to a friend through a separate messenger app. The new chat feature allows users to take that step without closing the app.

Essentially, it keeps users on the app longer.

The move appears to signal YouTube’s efforts to stay ahead of competition by making the app more versatile and user friendly.

The Google-owned platform remains, by a large margin, the leader in global streaming platforms. According to its own statistics, YouTube has more than one billion users and reaches more 18 to 49-year-olds than any U.S. cable network.

But competition is creeping up from all angles. Instagram, which introduced video in early 2013, has gradually built up its capabilities as a video platform. For example, earlier in 2016 Instagram upped its maximum video time from 16 seconds to one full minute. Around the same time, Instagram added public view counts to its video posts so that users can easily track just how many people have watched their videos. The mobile platform (which boasts a reported 400 million monthly users) has become very popular for brands, and has been praised by its polished, editorial nature. The app has always had an in-app messaging system built for sharing posts and peer-to-peer chatting.

Snapchat has also risen in the ranks, delivering a reported eight billion video views per day and snagging the attention of the hugely influential Gen Z demographic. That app was initially built around peer-to-peer sharing, with its messaging system still an integral part of the app.

Just last week, e-commerce giant Amazon, which has spent the past few years building up its SVOD offerings, launched an ad-supported, free VOD platform, possibly aligning itself as a YouTube competitor — although some industry analysts are unsure if the two are directly comparable.

YouTube has not issued any statement on how long it will take to complete the upgrade roll-out, as most upgrades and new mobile features require a gradual roll-out to address potential bugs and evaluate user feedback.