New Form Digital, the next-gen studio founded by Ron Howard and Brian Grazer, has added three executives to its ranks as it looks to keep pace with a boom in content demand.

Coming on board to lead New Form’s in-house marketing team is Jodi Flicker (pictured, above right). In her new VP role, Flicker will oversee all brand and consumer marketing initiatives. She previously served as executive marketing consultant for Warner Bros. Digital following terms as VP, audience development in the Warner Bros. worldwide television marketing group and VP, marketing/audience development at CBS Interactive. Flicker’s career has been focused on specializing in emerging areas of consumer marketing. 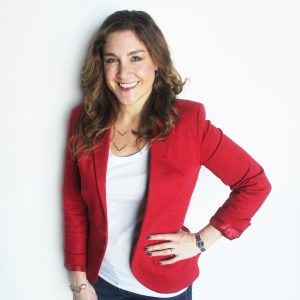 Flicker will be joined at the studio’s helm by Jessica Kantor (picture, above left), general counsel, and Sarah Malkin (pictured, right), VP, head of programming.

Kantor, who was featured on The Hollywood Reporter‘s Next Gen 35 under 35 list in 2013, will oversee corporate strategic and tactical legal initiatives for the company. She most recently served as vice president of business and legal affairs for Legendary’s development slate and global productions, including Godzilla, 42, Crimson Peak and the upcoming Warcraft, The Great Wall and Kong: Skull Island.

Malkin, meanwhile, will fill a newly created role. The job gives her responsibility for the development, production, and distribution of content on New Form-controlled outlets, as well as defining the content strategy for emerging platforms. Malkin joins the studio from Disney’s Maker Studios, where she held a number of positions, including VP of programming, general manager of Life+Style, and head of branded entertainment. While at Maker, Malkin is credited with launching new content brands, overseeing award-winning programs, and growing millennial audiences across platforms.

Since launching in 2014, New Form has produced 30 pilots, sold 19 series and partnered with 10 different distributors, including YouTube Red, CW’s The Seed, Refinery29, Maker and Verizon’s go90.

“We are building an incredible business that has grown tremendously over the past two years and we are scaling our leadership team to match and sustain that business growth,” said Kathleen Grace, New Form’s chief creative officer, in a statement.

To house its growing staff , the company has relocated to new headquarters in Santa Monica, California.