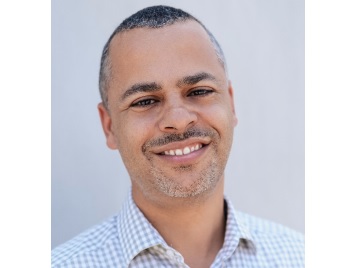 The exec comes to the digital media co following a stint with All Def Comedy Live, a weekly comedy showcase now in development with HBO.

All Def Digital has named producer and talent spotter Jeru Tillman its new VP of programming and development as the hip-hop-focused digital media co looks to grow its multi-platform presence.

The hire follows Tillman’s work as producing partner for ADD’s All Def Comedy Live, a weekly showcase of stand-up comedy acts across the country and the foundation for an ADD linear series currently in development with HBO, which Tillman will executive produce with Chris Conti, ADD’s head of content. (In his new role Tillman will also report to Conti).

“We were blown away by the franchise Jeru created in All Def Comedy Live, and his partnership with us to re-imagine what a stand-up event and show could be, and how large of a gap it was in the market,” said Sanjay Sharma, president and CEO of All Def, in a statement.

“We believe this is a property, one of many, that we can leverage across our multi-platform business – and this concept illustrates how we can take talent from a stage, into a digital series, branded content, or onto a premium television show,” he said.

The company confirmed that among Tillman’s first orders of business will be to executive produce the All Def Roast, billed as a re-imagination of the traditional celebrity roast. The first program is slated to honor rapper Snoop Dogg.

In 2003, Tillman secured a distribution deal with Vivendi Visual Entertainment and released the series The Gospel Comedy All Stars, the first comedy series targeting the African American faith based community.  The series became a top selling family and faith stand-up DVD series.  In addition, Tillman helped to promote the Trippin On Tuesday show at the Hollywood Comedy Store for eight years.