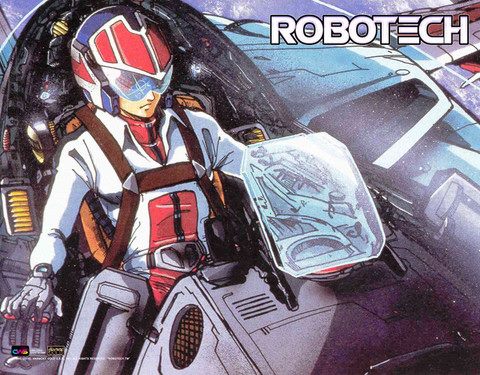 The popular '80s anime will debut May 15, timed with the launch of the Sony VOD's new, linear-style "channels."

The acquisition is another sign of Crackle’s intentions to compete for global viewers with larger, subscription-based VODs like Netflix, Amazon and, in the U.S., Hulu.

Last month, the company announced new options for advertisers, new original programming and a promise to offer VR content in the near future.

One of the major changes unveiled was the addition of Crackle’s new “channels” feature, which gives users the option to view Crackle in a series of linear-style channels separated by genre. One of those channels is the anime channel, which is where Robotech will make its debut on May 15.

All 85 episodes of the series, as well as the full-length 2006 animated film Robotech: The Shadow Chronicles, will become available on Crackle at once.

Robotech initially aired in 1985. The science-fiction anime epic depicts the human race on the brink of annihilation, under attack by a fleet of violent alien war ships. Their only hope for survival lies in robotic technology. The series spawned games, toys, graphic novels and books. In 2006, The Shadow Chronicles was released, featuring the voices of Richard Spcar (Ghost in the Shell), Eddie Frierson (Frozen) and Luke Skywalker himself, Mark Hamill.

Crackle has also poured more efforts into creating premium original programming in order to position itself as a competitor to the likes of Netflix. Although it has enjoyed great success with its original short-form comedy series Comedians in Cars Getting Coffee starring Jerry Seinfeld (the series, now in its eighth season, recently won a Producer’s Guild of America award), it’s only recently turned its efforts to drama. In 2015 it launched its first original drama, the star-studded series The Art of More, which was recently renewed for a second season. Following the success of The Art of More, Crackle also began production on the drama series Start-Up starring Adam Brody and Martin Freeman.