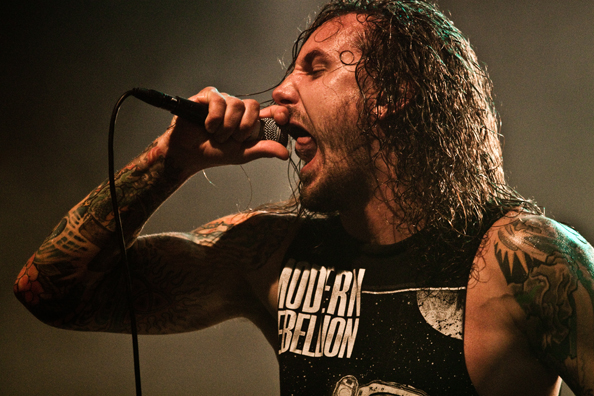 The audio streamer will launch a dozen originals this summer, all focused on the music genre, positioning itself as a YouTube competitor.

After almost a year of anticipation, music streamer Spotify will add original video to its app.

In May 2015, the Swedish tech co announced it would expand the services it offers on its mobile music app — and among those expanded services was the option to stream video. In the early days of its video announcement, Spotify promised licensed content from the likes of Vice, Maker, Comedy Central, Turner and more.

But for months following, Spotify remained silent. Although some of the promised changes were implemented — such as a running playlist feature — the video channel never surfaced. It was not until January 2016 that the video channel began to roll out, offering content that included videos of studio sessions with musicians and short, repackaged clips from linear shows such as Comedy Central’s Broad City.

Now, it’s set to roll out 12 original series on the app. The company announced its slate in a press release May 9. No premiere dates have been set for each series, though all are expected to roll out within the summer of 2016.

While Spotify’s main competition up until this point has been rival music streamers like Pandora, Apple Music and Songa (which was recently acquired and integrated with Google Play Music), the push could better position the company as a competitor to the likes of YouTube Red and Amazon (both of which also happen to have accompanying music streaming services).

But Spotify has so far taken a clear angle with its originals — all 12 series in the slate focus on music in some way or another, including Ultimate/Ultimate, a Tim Robbins mockumentary about competitors facing off to become the next big EDM star; and Rhymes and Misdemeanors, a true-crime series profiling some of the most bizarre crimes committed by famous musicians (such as As I Lay Dying singer Tim Lambesis, pictured, who plead guilty to soliciting a hitman to kill his wife in 2013).

One other series is the short-form animated series Drawn and Recorded, from indie digital studio Gunpowder & Sky. The series features three-to-five minute episodes, each focusing on a different iconic musician (including Elvis, Blind Willie Johnson and Louis Armstrong). It’s narrated by Grammy and Oscar-winner T-Bone Burnett, who told StreamDaily in an earlier interview, “We’re hoping it can reach people of any age, any demographic, who have a deep respect for music.”

Other series from Spotify include:

Some may regard the focus on music as playing it safe — but Manatt Digital Media CEO and digital media analyst Peter Csathy told StreamDaily Spotify is playing it smart.

“It’s in Spotify’s DNA — it’s known for music, it will stick with music,” he said.

Csathy said the line between music and video content is increasingly blurring, thanks largely to the popularity of YouTube as a music destination.

“YouTube is really where most music discovery occurs. It may primarily be a video service, but millennials use it for their music discovery, quickly looking up artists, sharing songs. So Spotify has always been in competition with YouTube. Any company that is focused on the music lifestyle and music content is going to compete with one another,” he said.

At the same time, he said, music services have had a difficult time bringing in serious dollars, and Spotify is no exception. Despite its popularity, Spotify is still not profitable.

“They all must diversify, and that means getting beyond audio subscriptions. They’ve proven that with music as their standalone revenue generator, it’s not going to work. So obviously their hope is that they’ll have greater conversion to the paid premium subscriptions with original programming.”

Spotify has not released additional details on how its original video content will be affected under its pricing model — currently, its music streaming service operates on a “freemium” model, with free users getting access to Spotify’s entire library, but with fewer controls over what songs to listen to, and regular ads occurring between songs.

But Csathy said, don’t be surprised if Spotify makes changes to that model.

“Nobody knows the perfect model, but it’s experimentation time.”