Amid big programming announcements, the MCN and digital media co. unveiled its first virtual reality project, along with a new mom-focused vertical.

At its May 10 NewFronts presentation, fashion and beauty MCN StyleHaul rolled out a handful of new originals, including a branded content series for Madonna’s Material Girl line, and a new fashion-forward millennial mom vertical.

One new piece of programming will be an ongoing partnership with music company BMG. Collide with BMG will pair rising musicians with StyleHaul creators to make yet-unannounced originals (each original will be different based on the participating musician, Mia Goldwyn, chief content officer, told StreamDaily). The first participant will be YouTuber-turned-Grammy-winner Andra Day.

Its other musically themed series is the aforementioned partnership with Madonna’s fashion label. Parent company Iconix approached the MCN to create a branded content series around the new creative director Pia Mia (pictured). The decision was made to focus on the singer’s life, and have her new Material Girl line showcased throughout, rather than a straight-up series about the clothes themselves, said Goldwyn.

While it might seem like the MCN is delving deep into the music world, it doesn’t mark a shift in direction for StyleHaul, according to Goldwyn. Rather, the impetus for the focus on music came as a result of the need to stay on the cutting edge of trends. The music scene, she said, is often ahead of, if not leading, fashion.

So, it’s not necessarily a result of audience demand, but based on StyleHaul’s place as a trend-setter that it made sense for the MCN to get into this space, she added. 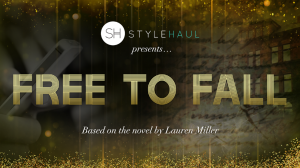 It’s also launching a new scripted series, Free To Fall, based on a young adult novel of the same name. Set in the not-to-distant future where every person’s choice is dictated by an app, the new series will follow the protagonist Rory as she heads to college. Each 22-minute episode will be accompanied by a three-to-five minute VR segment that goes deeper into the first-person perspective of Rory.

StyleHaul is being cautious as it ventures into VR, said Goldwyn. With slow consumer adoption of headsets, there’s no guaruntee the platform will even take off, and she worries about alienating viewers who don’t have necessary equipment to view the content. As a result, the accompanying material won’t punish viewers who aren’t as tapped into the VR market as everyone else, but still gets the MCN’s feet wet in the tech.

The target audience for all the new programming matches StyleHaul’s general demographic of millennials, 18 to 34 years, skewing towards women.

StyleHaul, said Horbaczewski, has grown up with many of its creators, and they have moved from dating, to getting married, to now starting families. As a result, many of those same creators are already making mom-related content.

What’s more, she said, there’s a white space in the market: while there is a lot of mommy-blogger content online, there isn’t as much in the way of video content.

“Our core DNA is always going to be style, but it has to evolve with the community to involve all aspects of their life,” she said. “But this (vertical) is for moms who have a passion for fashion and beauty, who are looking for life hacks and (for content that understands) they’re multi-dimensional and have many aspects of their life they’re proud of.”