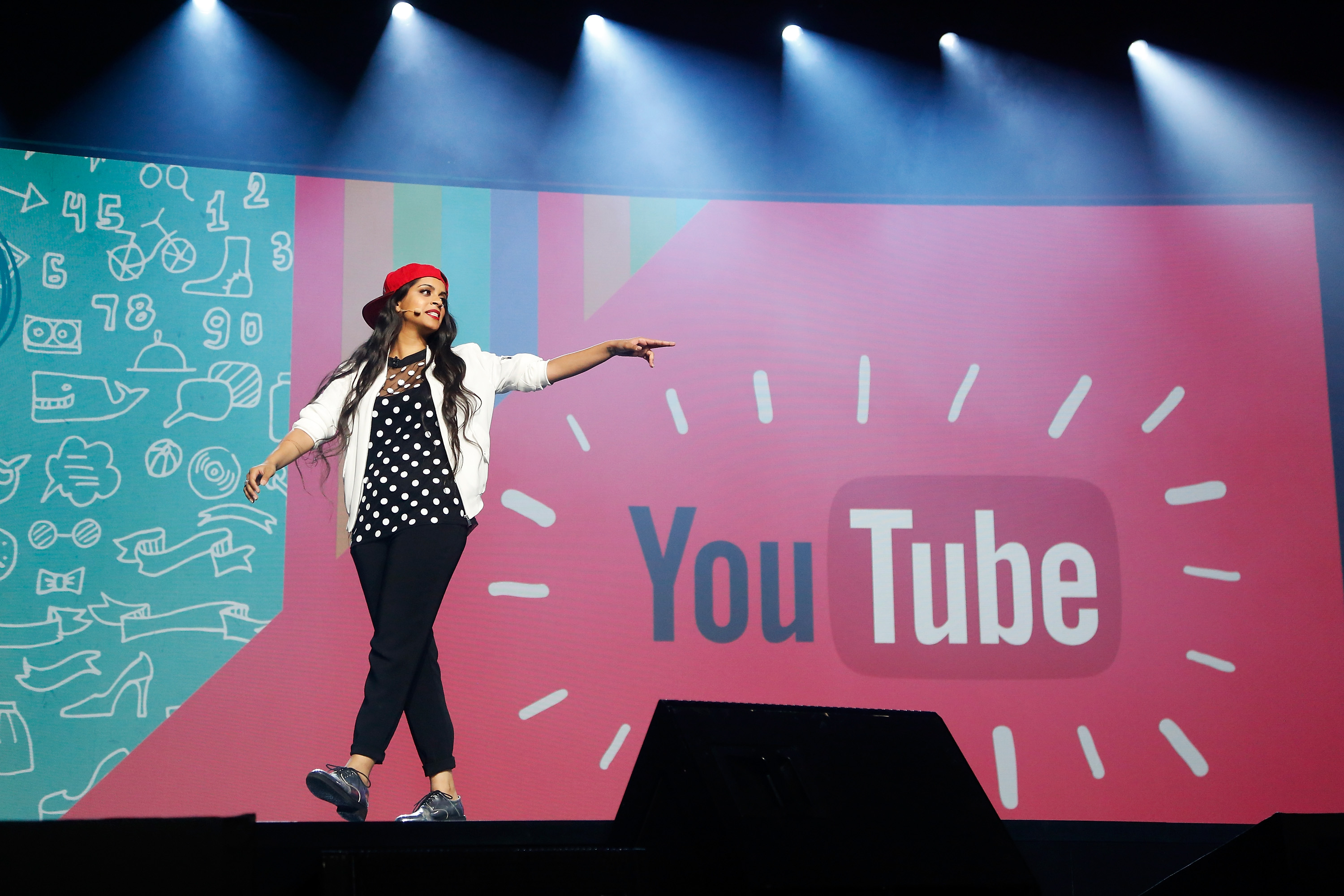 CEO Susan Wojcicki says the platform has more reach among 18 to 49 year olds during primetime than the top-10 TV network shows combined.

NEW YORK – Broad City stars Ilana Glazer and Abbi Jacobson had the audience in stitches at an earlier presentation this week as they tossed around NewFronts buzzwords like “metrics,” “viewability” and “comScore” with mock severity.

The brand and agency executives in the crowd have heard all the words many times before, of course, and, with a full two weeks of pitches from digital companies seeking their financial support planned at this year’s event, they are certain to hear them many times more before NewFronts 2016 wraps.

YouTube may be the only brand, so far, to offer a decidedly more direct appeal.

Amid the flash and excitement (and, yes, plenty of metrics) at the annual Brandcast event in Manhanttan May 5, YouTuber Mindy McKnight took to the stage to share a personal story about her family, and how the dollars she earns through video how-to’s and lifestyle tips uploaded to the Google-owned platforms have supported her six children (all pictured, right), including two adopted children, the youngest of whom was born with severe medical conditions. 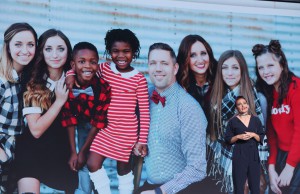 “So remember, when you advertise on YouTube, you’re not just supporting gamers and vloggers and pop stars, you’re supporting families, you’re supporting communities. You’re helping small businesses thrive. You’re giving an opportunity to thousands of moms and dads around the world who each run their own small media companies, none of whom ever dreamed that they could have a future in entertainment,” said McKnight, billed as the most popular mom on the ad-supported platform with 4.3 million subscribers and 756 million views on her Cute Girls Hairstyles channel, and another 206,000 subs to her newest channel, Millennial Moms.

Earlier, YouTube boss Susan Wojcicki had her own mom-moment, joking that YouTube viewing has hit an all-time high in her home over the last year – “and, no, we did not add any family members.” (The top exec has five children).

Rather, the family had a smart TV installed – a reference to YouTube’s growing popularity via connected TV. Watch time in the living room has doubled year over year, said Wojcicki.

That’s not to say the platform has lost its charms over mobile. Smart phones drive 60% of YouTube viewership, with an average watch time of more than 40 minutes.

“In fact, we reach more 18 to 49 year olds during primetime than the top-10 TV shows combined,” she added.

Of course, no YouTube event is complete without an appearance by its biggest stars, many of whom, including Ryan Higa, Bethany Mota and Tyler Oakley, were in the crowd of 2,700. On stage, Lilly Singh (known online as Superwoman, with 8.5 million subs) acted as a high-energy host and real-life example of the kind of global reach the platform has now attained.

“Gone are the days of testing this platform. That is so 2013. YouTube is proven and the audience is here. I hope you are too,” said Singh (pictured, top).

Among the big announcements made, YouTube has expanded its Google Preferred program (which gives brands access to top creators and channels) to include a Breakout Videos package, which pairs sponsors with the hottest emerging videos. The platform has also partnered with DoubleClick Bid Manager to make it possible for buyers to access Google Preferred programmatically.

NBA commissioner Adam Silver said the basketball association will grow its own partnership with YouTube, making top NBA highlights searchable and viewable across the platform. In addition, the NBA will soon launch two new VR series on YouTube that give viewers a behind-the-scenes look at basketball legends and arenas.

And, threatening to steal the show with his bright feathers and Twitter puns, Big Bird himself introduced Sesame Studios, an all-new educational YouTube channel from the creators of Sesame Street. The channel will showcase new characters, YouTube stars like Todrick Hall, short-form series and original stories and will be featured in YouTube Kids. The YouTube Kids app has now exceeded over 10 billion views in a year, according to YouTube.