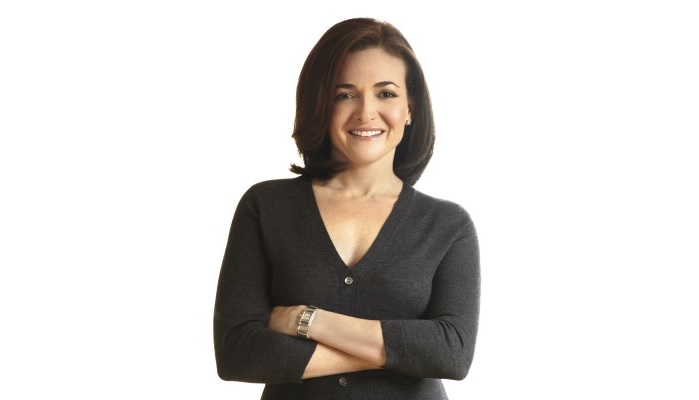 The female-focused media co is encouraging women to lean in, putting a man in a mom's shoes and breaking down election issues in its new slate.

Popsugar is encouraging girls to lean in, with a number of new partnerships unveiled at its NewFronts presentation.

The new campaign, geared at pushing gender equality, was created in partnership with Facebook’s Sheryl Sandberg (pictured), whose memoir, Lean In, lays out a strategy for women to better take advantage of opportunities in the work force.

The campaign will feature a new series by Put Your Pretty On, a digital female-focused comedy platform launched by Emmy Award Winner Stephanie Laing (Veep, Eastbound & Down).

The female-targeted Popsugar, which claims the title of number-one lifestyle brand for women, 18 to 49 years, also showcased a slate of new series, including its first partnership with satirical site The Onion. Scripted series EveryMom, delves into the life of a fictional mommy influencer (who, shhh, is secretly a childless man living in Brooklyn).

“We know a lot about our audience and we know what they love, and they love unscripted entertainment from us and they love scripted shows. We know the topics they are interested in and genres that they gravitate to because we have billions of data points,” David Grant, Popsugar president, told StreamDaily about the 2016 programming slate.

Like most digital company, Popsugar’s content is increasingly viewed via a mobile device – a factor that definitely guides the company’s format and programming decisions. It’s not a new trend. Rather, these days, “we think (more) about optimizing for Facebook, versus optimizing for Snapchat, versus YouTube, versus what will play well on our site,” said Grant. “We assume that everyone, whether they are watching (on) our site or on Facebook, or YouTube or Snapchat, is coming in off of mobile. It’s like saying, are you switching to color versus black and white? It’s a given that that it’s all on mobile.”

With files from Darah Hansen, StreamDaily. Darah is currently in New York attending the NewFronts. If you would like to arrange a meeting with her, email dhansen@brunico.com.