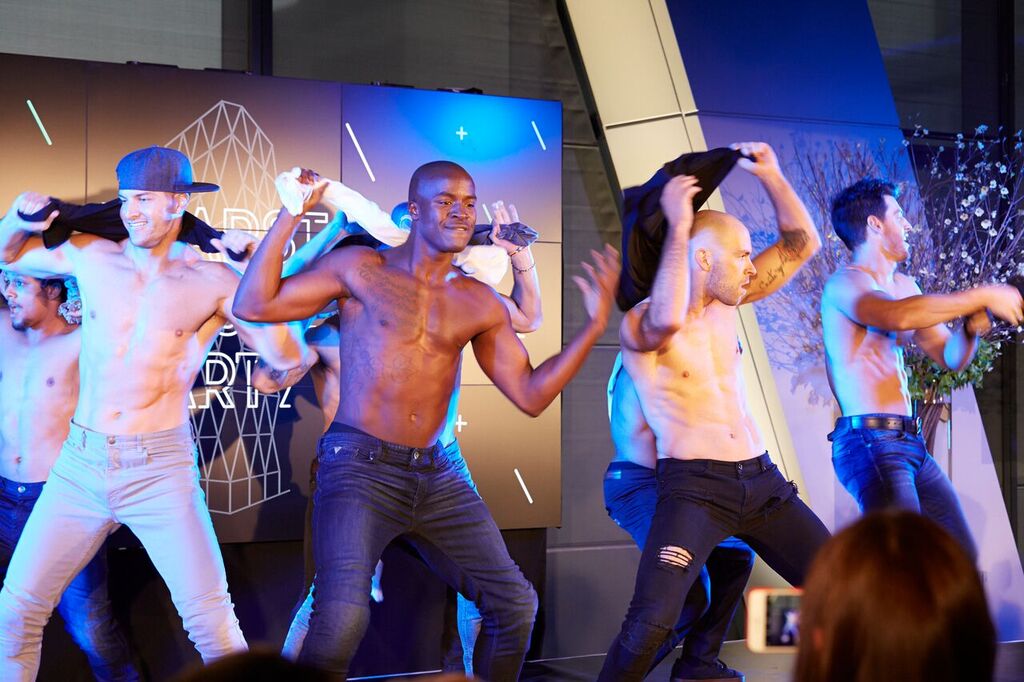 For its first foray at the NewFronts, the media co offered up a titillating performance, and a number of new Snapchat and Facebook series.

Woe is the journalist who missed the Hearst presentation.

The first-timer at this year’s NewFronts turned up the heat with a Magic Mike-esque performance by none other than Channing Tatum. The actor’s participation at the media co’s presentation was in honor of the upcoming Magic Mike Live + Cosmopolitan, a new year-long-content partnership between the magazine and the live show. The pairing will result in a number of new video series, Facebook livebroadcasts, VR exections, Snapchat takeovers, as well as articles and galleries.

Cosmo also unveiled a new series backed by actor Elizabeth Banks and her comedy platform WhoHaHa. The new comedy series, yet unnamed, will be distributed on both platforms.

Other Cosmo series include: SnapHacks on the magazine’s Snapchat Discover platform, delivering 10-second hacks in beauty, fashion, food and fittness; All In, an unscripted series that follows women on the verge of their “big breaks;” Beautiful Nights, a beauty DIY series for evening looks; and Show Day, a behind-the-scenes look at different Sony musicians, leading up to their big shows.

Cosmo wasn’t the only magazine getting a glut of new content. Elle, Esquire and Harper’s Bazaar also picked up a number of new shows, including: