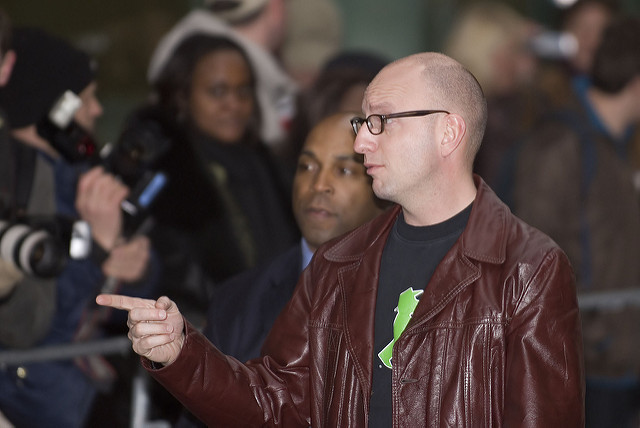 But fresh content unveiled at this year’s NewFronts indicates the business-focused global media co. is widening its focus to better include professional women in the mix.

At its presentation, held at the company’s Manhattan headquarters, Bloomberg executives led by Jacki Kelley, COO, and CRO Paul Caine, unveiled four new originals, including one geared to address the topic of gender equality.

Walk the Talk will focus on the importance of women in executive leadership roles, using Bloomberg data. The series comes as Bloomberg boss Michael Bloomberg launched a “gender equality index,” allowing companies to track gender equality in the boardroom, alongside other corporate indicators.

Bloomberg also upped its game in tapping millennials by appealing to that generation’s spirit of philanthropy, and the notion of wanting to make positive change in the world, with the launch of Big Problems. Big Thinkers, in partnership with Cisco.

“My wish is for all of us to remain curious,” said Soderbergh (Traffic, Oceans Eleven), who joined executives on stage to promote the new series. “My experience has been (that) an entrenched ideology is the enemy of problem solving. That is why I hope we can all stay open.”

Other series from the publisher include Success by Design, in partnership with IMG, which will focus on the business of luxury brands, and Peer To Peer, with David Rubenstein, which will explore leadership styles of different, high-profile guests, such as Facebook’s Mark Zuckerberg and Microsoft’s Bill Gates.

Digital storytelling has grown in importance for the company in recent years, as consumer information consumption habits have shifted from print to video. Today, Bloomberg’s online audience across platforms is 48.5 million, according to company statistics. Video streams have more than doubled year-over-year, surpassing 184 million, with monthly views of 20 million.

The media co. also unveiled its new content vertical, Bloomberg Technology, with a global team of 100 journalists covering tech changes and what that will mean. The series is scheduled to bow this fall across company platforms. In addition, a new data-driven ad offering was unveiled, designed to offer advertisers the ability to program their ads to appear in contextually relevant and precise moments. On the topic of advertising, Bloomberg also anounced that it has expanded its custom content studio, Kinection.

With files from Megan Haynes