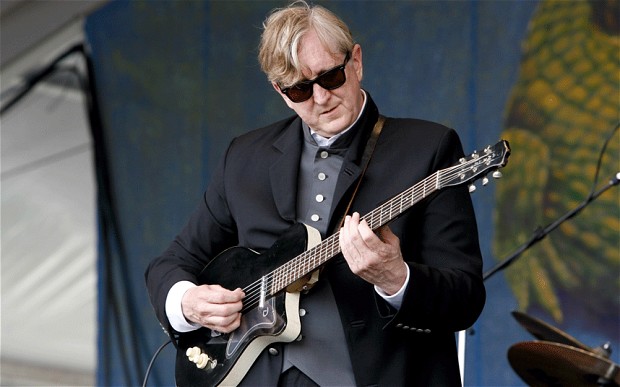 Legendary music producer T-Bone Burnett talks to StreamDaily about the flexibility of digital and how music crosses demographic boundaries.

Joseph Henry “T-Bone” Burnett has worked with some of the biggest names in the music and film industry. He got his start as a touring guitarist with Bob Dylan’s band, the Rolling Thunder Revue, and has gone on to produce artists including Roy Orbison, K.D. Lang and Elton John. He’s won a Grammy Award and an Academy Award for his work on O Brother, Where Art Thou and Crazy Heart, respectively.

Now, Burnett (pictured) is making a foray into the digital world.

The producer has teamed up with animator Drew Christie (The Emperor of Time, Oil & Water) and music and television producer Bill Flanagan (Storytellers, Crossroads) to develop a new animated series, Drawn and Recorded, which will be produced by indie digital studio Gunpowder & Sky.

Each episode will focus on the life of a different famous musician, and highlight some of the folklore surrounding that performer, Burnett told StreamDaily.

“It’s a series that’s going to bring the little-known stories about some of the most influential musicians of our time to the forefront, to showcase just how powerful music can be,” said Burnett.

The episodes already in development include Elvis Presley, Louis Armstrong and Blind Willie Johnson, although Burnett said there are plenty more

musicians — from classic rock pioneers to contemporary artists such as the late rapper Ol’ Dirty Bastard.

“It’s not so much for fanatics of these specific artists. We’re hoping it can reach people of any age, any demographic, who have a deep respect for music,” he said.

While the distribution platform for the series has not yet been determined, the length of the episodes — three to five minutes each — will likely lend themselves well to a digital platform.

Burnett, who has spent his career steeped in traditional media, said digital content has a set a refreshing new standard in media

“With digital content, television now feels open for the first time: Open to new ideas, new forms of storytelling, people are taking more chances on stories that haven’t been told before,” said Burnett, whose recent linear projects include the series True Detective (HBO) and Nashville (ABC).

“It’s good to have flexibility. Personally, I’d like to do 1,000 episodes — and if the occasion ever came to do a story that was longer than five minutes, it would be good to have that flexibility as well.”

Burnett was introduced to Gunpowder & Sky co-founder Van Toffler (the former CEO of Viacom Music Group) through Flanagan, and he said the connection was instant.

“Van is, I think, one of the most respected executives in the industry. He has great instincts, and for this series his aesthetic sensibility really works for it.”

Gunpowder & Sky was launched in January by Toffler Floris Bauer, the former head of global strategy at Endemol, with investment from AT&T and Chernin Group-owned Otter Media. In recent months, it’s partnered with viral video companies Cut and Shareability and is also set to develop the zombie rom-com film, Eat, Brains, Love.