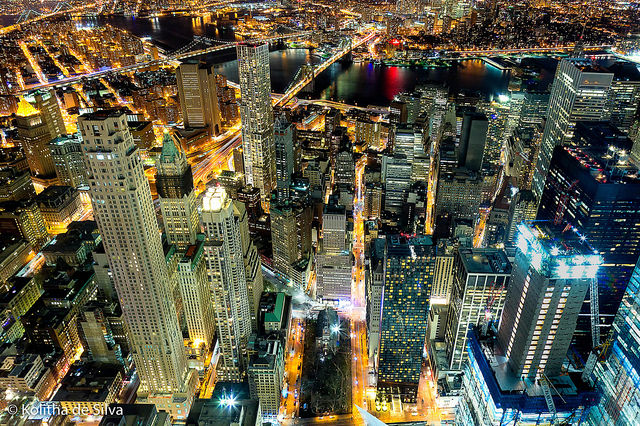 Future of media out front at the NewFronts

With ad spend on original digital video booming, the annual digital event is no longer the younger sibling to the spring UpFronts.

True to the core of the all-knowing parent entity that is Google, YouTube is never short on share-worthy data.

So it’s no surprise Tara Walpert Levy, YouTube’s managing director of agency solutions, is ready with a stream of “fun facts” as she jumps on the phone with StreamDaily to talk industry trends in preparation for the annual Digital Content NewsFronts in New York, which get underway in New York this week.

At last year’s presentation, the world’s biggest ad-supported platform boasted it had secured more viewers in the 18- to 49-year-old demographic than any cable network.

This year, said Walpert Levy, “we are excited to be able to share that we have more 18- to 49-year-olds than any network, period. Cable or broadcast.”

It’s big talk like that that brings home just how grown up the NewFronts has become since it started in 2012, just as ad dollars began to seriously shift from linear to digital. With digital ad spend now on the verge of overtaking TV as the biggest advertising category (according to the New York Times), the NewFronts has successfully shaken off its little sister act to the spring UpFronts. This year it has blossomed into two full weeks, May 2 to 13, with 39 presentations from everyone from MCNs, VODs and digital-first media brands to more traditional news and entertainment publishers who’ve become increasing adept at creating their own digital video content as print continues its decline.

Several of the 2016 presenters set to showcase their programming, tech and branding platforms this year are newcomers to the event, including Activision Blizzard, Newsy and She Knows Media. Playboy, The Economist and CNN have also joined the line-up, alongside NewFronts stalwarts The New York Times, Hulu, Conde Nast, National Geographic, AOL, Buzzfeed and Vice Media.

Yahoo and Maker Studios are also returning this year, but with noticeably smaller presentations planned.

Just what everyone will be buzzing about this year is hard to pin down in advance, said Anna Bager, SVP and GM of mobile and video for the IAB, the hosting organization. But, as an educated guess, she’s betting on live streaming – a big ticket at last year’s event – being at the forefront of the conversation. Likewise for virtual reality and the fast-expanding e-sports vertical, a multi-million-dollar industry that is expected to grow to $1.9 billion worldwide by 2018.

“More and more, the discussion around digital is that it can provide programming to brands in a much more customized way than TV can, creating content together that will resonate well with users,” said Bager.

As always, though, NewFronts is really about finding buyers for the latest content being produced –  and producing content for those buyers.

For Brett Bouttier, president of gen-Z-focused media co. AwesomenessTV, nothing is hotter than branded content right now. Specifically, he said, brands are looking to move past pre- and mid-roll ad spots and instead become a more integral part of the storytelling process, “especially as programming is getting more and more premium and the audiences are getting larger and larger.”

Awesomeness, which presents May 11, is already making headway in this arena. Its original dramatic series Royal Crush, starring YouTuber Meg DeAngelis and available on the platform, is branded by Royal Caribbean. “It’s one of our top performing series,” boasted Bouttier. “(The show) does a brilliant job of showing off all the brand attributes that Royal Caribbean really cares about and wants to communicate to this generation and really hits on a lot of their objectives for their marketing campaign and how they want to engage this new generation, and it does so in a really entertaining way that makes for a hit series. This is what that looks like.”

Reza Izad, CEO of the European-based Studio71 MCN and digital media co., which is set to deliver its presentation May 10, said the rise of branded content means data is more important than ever – and that is what gives digital the advantage over traditional producers.

And while 2016 continues to see an increased demand for original programming across platforms by viewers, Izad said brands are not proving to be experimental. Instead, advertisers appear hungrier for programming with a proven track record of strong audience engagement and viewership, with ROI front-of-mind for many in the space.

“The irony being that the trend is starting to look much more like traditional where …(content producers) are proving the point and then bringing the advertisers in. We are not seeing the advertisers lead the content-creation story,” he said.

A recent study by the IAB confirms ad spend on original digital video programming has boomed – increasing by 114% since 2014. The NewFronts organizing body found two-thirds of the 360 media buyers and marketers it polled believe original video will become as important as TV programming in the next five years, however both groups emphasized the need bridge the gap between TV and digital in terms of quality and ROI.

YouTube makes its presentation on May 5, and is expected again to trumpet its Google Preferred platform, which aggregates YouTube’s top content into packages for brands and advertisers.

But the platform’s metrics will no doubt be the real star of the show, with an emphasis on where the industry is moving.

“That surprises a lot of our clients who still think of it as a clip here or there. Forty minutes really feels more like what you might think of as traditional TV,” she said.

YouTube will also likely emphasize its high viewer engagement scores, drawn from its famous analytics.  Among all that data, the platform has measured the close relationship between fans and their favorite online creators, noting 80% of fans describe that relationship as a form of community, while 37% speak of that bond as their family.

Walpert Levy throws out more more stat before getting back to business:

“Apparently nine per cent of (fans) have a tattoo that is tied to their fanship,” she said. “So, whatever you think of that, it is a clear sign of the passion these audiences have with the creator.”