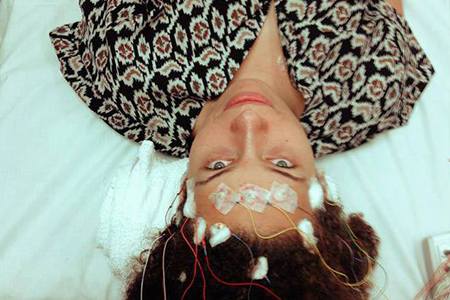 Reps from Google VR, Netflix and A+E Networks will screen the chosen docs at this year's festival.

Sheffield Doc/Fest Marketplace has revealed the 64 documentary project teams selected to pitch at the U.K. festival’s flagship MeetMarket, including Jennifer Brea and Patricia E. Gillespie’s Canary in a Coal Mine (pictured).

The MeetMarket, now in its 11th year, matches documentarians and interactive media creators with key commissioners and international decision makers. Last year 1,400 match-made meetings took place over the two-day event. This year’s film program – which will launch on May 5 – will include 11 films that have come through the MeetMarket.

Decision makers so far confirmed for this year’s market include executives from Google’s VR department, Netflix, National Film Board of Canada, Hot Docs, A+E Networks, Britdoc, Dogwoof, NHK and BBC, among others.

Established international filmmakers among the 64 projects selected for this year’s MeetMarket include Yang Sun and S. Leo Chiang’s Ma Liang’s Time Machine (Walking Iris Media, China), exploring the themes of memory and time, as well as the lasting impact of the Cultural Revolution; Paul Lovelace and Jessica Wolfson’s Did It! From Yippie to Yuppie: Jerry Rubin, An American Revolutionary (Lost Footage Films, U.S.), profiling 1960s activist Jerry Rubin; Katrine A. Sahlstrøm and Katrine Philp’s In the Closed Room (Good Company Pictures, Denmark), about the conservative American justice system; and Brea and Gillespie’s Canary in a Coal Mine (Little By Little Films Ltd, U.K.), which documents the director’s personal battle through psychosomatic illness, along with four other patients.

In addition, 23 project teams have been selected to pitch at the Alternate Realities Market. Previously named the Interactive and Virtual Reality Projects Market, the event looks to provide international funding to interactive, immersive and virtual reality projects within the documentary space.

A total of 30 countries – including Iran, Indonesia, Lithuania, Jordan and Mexico – will be represented across both markets.

The full list of selected projects for the MeetMarket can be viewed here, while the Alternate Realities Market projects can be seen here. Both markets run June 13 and 14.