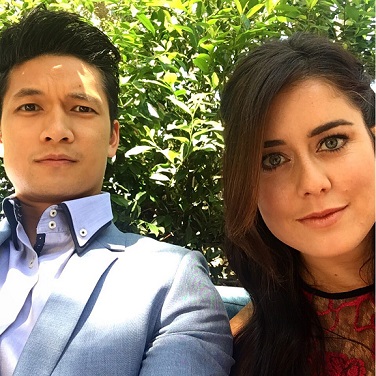 The romantic comedy series from Wong Fu Productions blends a diverse cast of linear and digital stars in a bid to target young audiences.

The series is expected to debut on the Google-owned SVOD later this year.

Shot on location in Los Angeles, the series features a cast drawn from both linear and digital channels, including YouTubers Eric Ochoa and Anna Akana, and Viners Manon Mathews and Alexandra Metz.  Actor Hillary Anne Matthews is also featured in the series, with YouTuber Ryan Higa guest starring.

That blend of traditional and new media influence is a strategy that’s increasingly showing up in productions aimed at a young audiences, whose attachment to online creators is undeniably intense. (A recent YouTube survey found 80% of fans think of their favorite creators as part of their “community”, while 37% used the word “family” to describe their bond.)

Single By 30 is created and directed by Philip Wang and Wesley Chan of Wong Fu Productions, a YouTube channel (2.65 million subscribers) and independent production studio. Wang and Chan serve as executive producers, along with Kathleen Grace and Melissa Schneider of New Form Digital, Untitled’s Kendall Rhodes and Jason Newman, and Todd Waldman, who also serves as head writer.

The story follows the reunion of two high school best friends who once made a promise to get married if they were still single by 30. Now, with 30 quickly approaching, Peter (Shum) and Joanna (Grannis) reunite and their attempt at upholding their high school vows unfolds in unexpected ways.

“We wanted to explore how turning 30 is a milestone moment in everyone’s life that often transcends culture and brings a mix of angst and excitement, especially when it comes to modern dating and relationships,” said Wang, series co-creator and director, in a statement.

Wang said casting a diverse group of actors to reflect the culture of Los Angeles was an important aspect in the story.

Single by 30 emerged from last year’s New Form incubator series. The digital prodco founded by Ron Howard and Brian Grazer has been running its incubator for new creators since 2014, and has so far landed deals for original scripted pilots with partners such as go90, CW the Seed, Vimeo on Demand and YouTube Red.

“When we introduced the Single by 30 pilot last year…, we were blown away by the fan response to the story and characters,” said Grace, New Form’s chief creative officer, in a statement.

YouTube Red is currently available in the U.S. only, but the company has made public its plans for an international rollout of the subscription service sometime this year.