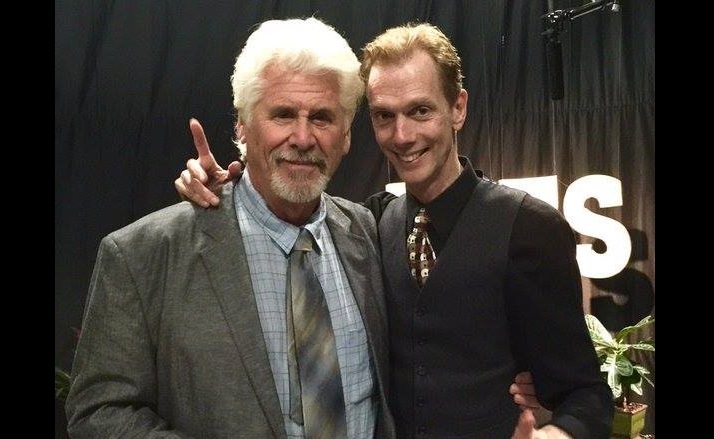 Digital prodco 1620 Media, the short-form arm of Lionsgate-owned Pilgrim Media Group, has bowed the second season of its online series Inside the Extras Studio, a parody of James Lipton’s Inside the Actors Studio.

The series features linear star Barry Bostwick, best known for his roles in Scandal, Spin City and The Rocky Horror Picture Show. In the digital venture, Bostwick stars as eccentric host Milt Hamilton as he delves into the lives of the entertainment industry’s “stars in waiting.”

The series will also feature a slate of YouTubers in guest-starring roles, including musical comedian Jon Cozart (3.4 million subscribers) and Tay Zonday of “Chocolate Rain” fame (the original video, released in 2007, has gained more than 100 million views over the years). Actor Doug Jones of Hocus Pocus and Hellboy fame (pictured, right, with Bostwick) will also appear.

The series is available on 1620media.com as well as the company’s YouTube page. Each episode will be three to four minutes long and will premiere every Thursday. The first season consisted of 10 episodes.

Season two will also introduce four specials hosted by Bostwick. The first episode of Worst Extra Ever will premiere May 9, with the rest airing regularly throughout the series. In each one-minute special, Bostwick’s character will critique and praise the most famous film extra performances of all time — from background roles in Star Wars to Willy Wonka and the Chocolate Factory.

The production comany was launched in October 2015 and has produced a small number of short-form series including Sesame Street parody Realistic Street and Bros, a comedy parodying “bro culture” hosted by two women in drag. Its most recent launch is the series Zane’s World, which followed comedian Zane Lamprey and his wife traveling the globe.

Check out the first episode of Inside the Extras Studio below: