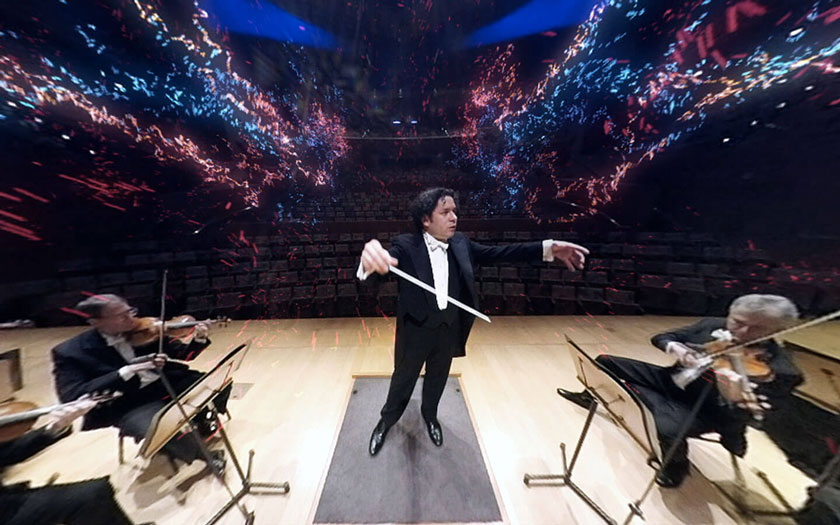 The music streamer and edgy digital media co. each won 13 awards, while Secret Location and Google were recognized for their VR expertise.

Top honors in the 20th annual Webby awards have been announced, with Spotify, Vice Media and Netflix among the big winners.

With 13 wins, Swedish-based music service Spotify, which recently integrated video features into its popular audio subscription service tied with Vice for bringing in the most awards.

Much of Spotify’s recognition came in areas of audio streaming, user interface and customer service, but it also took home the award for the best short form online film and video service.

Vice, meanwhile, was recognized for its efforts in the verticals of news and culture, fashion and beauty, lifestyle, and politics.

Many of this year’s winners come from traditional television, but have proven their ability to find deep audience engagement on digital platforms. They include late-night hosts Jimmy Fallon, John Oliver and Jimmy Kimmel, who were each recognized for the online social content built around their respective shows. (Kimmel, for instance, has a yearly YouTube challenge where parents tell their children that they ate all their Halloween candy — and his “reaction” videos have earned a cumulative two billion views since he first introduced the segment in 2011).

Of course, digital-first creators and shows are also among the winners, including the Netflix doc series Making a Murderer (film and video breakout of the year) and its original House of Cards, which won best integrated campaign for its interactive presidential campaign ads for Kevin Spacey’s Frank Underwood.

Vlogger Tyler Oakley also won top prize for best web personality. Oakley, who has more than eight million subscribers, is among a growing number of digital creators who’s taken his career beyond YouTube, embarking on live tours, penning his first book and starring in the documentary Snervous.

For the title of best streaming app, SVOD HBO Now beat out its much larger competitors Netflix, Hulu and Amazon.

There was also some love for VR, with Google’s Cardboard Crash experience winning for best VR in gaming, interactive or real time, and the Los Angeles Philharmonic’s virtual performance produced by interactive studio Secret Location (pictured) recognized for best VR, cinematic or pre-recorded.

Other notable winners included First Lady Michelle Obama, who won two Webby awards in the online film and video category for her appearances in Funny or Die’s “Billy on the Street” video and CollegeHumor’s “Go to College” music video; comedian Tracy Morgan for his online branded video for R/GA, “Tracy Morgan in a Christmas Miracle” ; Vanity Fair magazine for its online doc on Caitlyn Jenner’s coming out as a transgender woman; and online humor site The Onion, which earned a lifetime achievement award in recognition of its 39 total Webby awards.

The awards were first founded in 1997 to recognize the top websites, online campaigns and  business people making waves on the web. As the internet has increasingly become a mainstream source of entertainment, web series and vloggers have also been thrown into the mix.

This year’s winners will accept their awards at a ceremony in New York City May 17 and streamed to viewers online. The Webbys is presented by the International Academy of Digital Arts and Sciences.