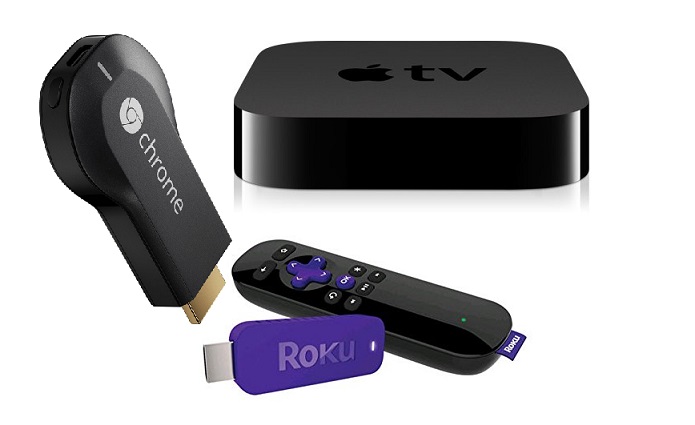 A recent LRG survey found that 65% of U.S. households now own a connected TV device, nearly double the number of set-top boxes in homes.

With the meteoric rise of online entertainment, connecting one’s TV set to the internet had become more important than ever — and that, in turn, is driving the sale of connected TV devices and smart TVs.

Well over half (65%) of American households are now also watching content via some form of connected TV, according to a new report from Leichtman Research Group (LRG), a Durham, NH-based research firm that focuses on the cable, broadband and on-demand entertainment industries.

The study defines a connected TV as anything that connects a television set to the internet, such as a smart TV, a connected video game system, such as the XBox, or a standalone device like Roku and AppleTV.

That latest survey figures highlight a dramatic rise in digital video consumption  habits over the past six years. In 2010, just 24% of households used a connected TV, while, in 2013, the figure was closer to 44%.

The findings are based on a survey of 1,206 households throughout the U.S., all of which own at least one television. The survey also looked at the number of households that owned top-set boxes from pay TV providers, as well as sales of HD TV sets and 4K TVs.

It’s not the first study to mark the growing popularity of digital over linear. Following last year’s Black Friday sales, the Consumer Technology Association (CTA) determined that streaming devices were among the top 10 most popular items during the busy shopping week (consumer reports also indicate that Roku is the most popular brand in this category), and a 2015 survey by the Interactive Advertising Bureau found that 35% of connected TV owners reported increasing their streaming habits over the past year.

One of the main reason for the popularity of these devices is convenience, with 70% of users in the LRG study agreed that streaming services such as Netflix are very easy to access through connected TVs.

But the ubiquity of the devices on the market and increase in premium digital content across platforms has also played an important role in driving consumption trends.

“New forms of competition from internet-delivered video via connected TVs, along with technological innovations in the pay-TV industry, are allowing consumers to choose more options for accessing and watching TV than they ever have before,” said Bruce Leichtman, president and principal analyst of LRG, said in a statement.