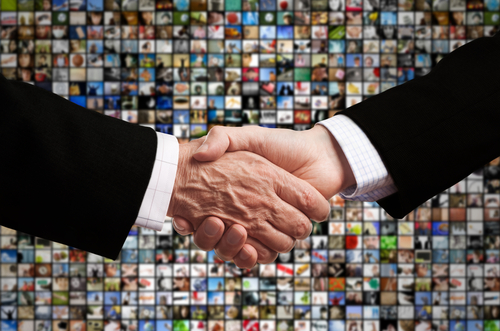 U.S. regulators have placed a number of conditions on the sale, including those meant to protect SVOD and OTT competitors from a dominant entity.

U.S. federal regulators have signaled their approval of Charter Communications’ proposed $78 billion acquisition (reported in the New York Times at $65.5 billion) of Time Warner Cable and Bright House Networks, making way for the creation of a massive new cable network and dominant force in the U.S. streaming video space.

However, the greenlight comes with a number of restrictions imposed by the Federal Communications Commission (FCC) and Department of Justice in an effort to help protect competing SVOD and OTT services from the newly formed media giant, known as New Charter, and increase broadband deployment to more American homes.

According to the NYT report, the combined Charter entity would be the country’s second-largest broadband provider with 19.4 million users, and, with 17.4 million customers, the third-largest cable television provider.

Among the sale conditions set out in a statment from FCC chair Tom Wheeler, New Charter will not impose data caps for seven years on its broadband customers in order to make it more difficult to stream online video. It’s prohibited from charging SVODs like Netflix extra fees to sign up Charter customers. It will also offer cheaper internet service for low-income households.

The conditions “will help consumers by benefitting (online video) competition. The cumulative impact of these conditions will be to provide additional protection for new forms of video programming services offered over the internet,” said Wheeler.

The latest move comes after an ongoing legal back-and-forth between parties in district court. The DoJ launched a complaint on the grounds the acquisition would set up a uneven playing field for competing cable providers, telcos and SVODs.

“OVDs (Online video distributors) are beginning to revolutionize the way Americans receive and experience video content,” the Justice Department stated in its original complaint. The complaint outlines the different forms of OVDs, such as Netflix and Hulu; newer distributors, such as DISH Network’s Sling TV and Sony’s Playstation Vue; as well as the subscription services offered by linear networks such as CBS, HBO and Showtime.

“Continued growth of OVDs promises to deliver more competitive choices and a greater ability for consumers to customize their consumption of video content,” the statement reads.

The convenience and the choice offered by these services — as well as the price — have been a factor in the increasing popularity of SVOD, OTT and transactional platforms. But that popularity has come at the expense of traditional providers. A recent study by SNL Kagan found that cable companies lost 599,000 U.S. customers in 2015, and satellite providers lost 487,000 subscribers, and that the total loss was more than four times more than that in 2014.

The Justice Departments states that the combined entity that is New Charter now has far higher stakes to protect — more than $16 billion in annual video revenues from the three combined companies.

It also stated in a separate release that Time Warner has already been very aggressive in imposing “alternative distribution means” clauses in its programming contracts “that either prevent the programmer from distributing its content to OVDs or place certain restrictions on such online distribution.”

Following the approval, Charter issued a short statement that it was “pleased” with the decision, and that “the conditions that will be imposed ensure Charter’s current consumer-friendly and pro-broadband business practices will be maintained by New Charter.”

Michael O’Reilly, a FCC commissioner, said in a statement that the conditions imposed may have been outside the FCC’s boundaries.

“At first blush, it appears that the Commission may have operated well outside the four corners of the merger application to pursue unrelated matters and policies,” O’Reilly wrote in a statement on the FCC’s site.