BitTorrent gets serious about transactional VOD

As the company puts more focus on monetizing its online content and live-streaming, it's hired Jeremy Johnson and Robert Delamar as co-CEO.

Stepping in to share the top job are Jeremy Johnson (pictured, above) and Robert Delamar (pictured, right). Johnson’s background is in the tech and Internet of Things world, having previously held leadership roles for Silver Spring, Sony Online Entertainment, NetVMG and Excite@Home. At BitTorrent, his job will focus largely on strategy, executive management, product development, operations and media, according to the company.

Delamar, meanwhile, will be tasked with the creative side of the business. He will work with associated creators and publishers to help them expand their reach into new markets. Delmar co-founded and launched the hip hop-focused social networking and music distribution platform Urbmob, and was part of the launch teams for both the Latin American SVOD Totalmovie and OTT platform UUX. 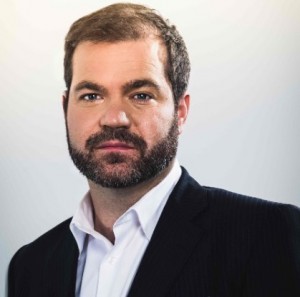 Straith Schreder, who has served as BitTorrent’s director of content strategy since 2012, has been promoted to VP, creative initiatives. Schreder is credited with helping to develop BitTorrent’s Bundles program, which helped BitTorrent transition into a transactional VOD platform.

As VP of the creative initiatives division (which also recently recruited former Sundance Institute manager Missy Laney as director), Schreder is charged with growing the company’s network of content publishers.

According to BitTorrent, the company has extended its publisher network to 30,000 filmmakers uploading original content (a 50% growth in the past year) and 200 million users.

BitTorrent has also promised to introduce a live-streaming video application. The company says it is in the final preparation for launching the multi-channel live-streaming app on multiple devices