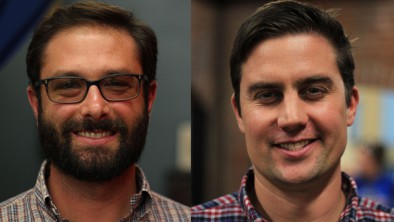 The scripted comedy about a student who goes rogue after his bike is stolen is the latest in the prodco's feature films for digital-first millennials.

Continuing on its strategy to develop millennial-friendly films for a digital-first generation, prodco Supergravity Pictures has greenlit its latest project, the scripted comedy Rock Steady Row.

The film centers around a college freshman who rebels against the system and aims to take down the reigning fraternities, and even the school administration, after his bike is stolen.

“Imagine Kung Fu Hustle intermingled with A Fistful of Dollars and a sprinkling of PCU,”  said Supergravity co-founder Max Benator in a statement.

It’s the first full-length film directed by Trevor Stevens, who was discovered by Supergravity in 2015 when his short film Run was featured as a Vimeo Staff Pick in 2015. Prior to that film, Stevens directed the short film Glazed and Confused, which earned an Official Selection at the Palm Springs International Film Festival.

Supergravity, which was founded in late 2014 by Benator (pictured, left) and Marc Hustvedt (pictured,right), has specialized in creating direct-to-consumer feature films that appeal to young audiences. Its 2015 releases included the buddy comedy Man Up and Elliot Morgan’s comedy special Premature, both of which bowed on Vimeo On Demand.

Its teen thriller The Chosen, starring YouTuber Kian Lawley, shot to the top spot on the iTunes horror charts following its 2015 release, according to the company. It’s also set to release its feature documentary Gayby Baby on transactional VOD platforms in May, following its brief theatrical run.

No distribution platforms have yet been announced for Rock Steady Row.