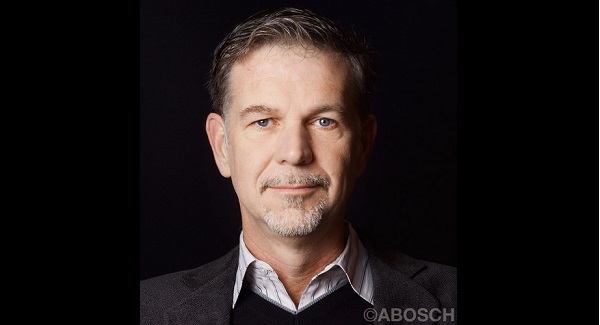 On the heels of Amazon's recent Prime unbundling, the SVOD hit a rough patch on the markets. But analysts are banking on better times ahead.

Depending on your perspective, Monday was either a great day or an ugly one for Netflix.

The SVOD giant released its latest quarterly results on April 18, with the company showing renewed strength in its ability to hit major revenue and subscriber growth targets — a big win after falling short on some of those key metrics last year.

All tallied, Netflix rang in $1.8 billion in global revenue in Q1 2016 and added 6.74 million subscribers worldwide, bringing its total subscriber base to 81.5 million, slightly ahead of previously projected targets. Of the total subscribers, 42% are now outside of the U.S., the service confirmed in a letter to shareholders.

But despite its strong showing financially, the day was not easy for Netflix on the markets.

By the closing bell Friday, April 15, Netflix shares were priced at $111.80. On Monday, the company’s shares shot down to $106.83 (by 2 p.m. E.T.), a tumble largely attributed to an announcement by SVOD competitor Amazon that it would be unbundling Prime Video from its Prime services and offering it at a monthly subscription fee (as opposed to its previous annual fee).

Still, Netflix execs seemed determined to focus on the positive. In a live-streamed interview with analyst Benjamin Swinburne of Morgan Stanley and Re/Code senior editor Peter Kafka, Netflix CEO Reed Hastings dismissed the idea that competing SVODs Hulu and Amazon were a major threat to his company.

“Hulu is doing some great work. Amazon, HBO, Showtime… We’re seeing growth in the overall internet TV market,” said Reed in response to the competition. But, he said Netflix is different from the rest of the pack because of its strong focus on growth outside the U.S. market.

Hulu remains U.S.-only, while Amazon Prime Video operates in the U.S., U.K., Austria, Germany and Japan. HBO recently unveiled plans to launch its HBO Go service in Spain, Brazil and Argentina by the end of 2016, and Showtime’s SVOD, Sho, is only available in the U.S.

Netflix, meanwhile, is now in 190 countries worldwide, following its 130-country international roll out earlier this year.

“(We’re) coming toward 50/50 international domestic revenue, so we’re very focused on content we can have around the world,” said Hastings.

Its international operations, as predicted in Q4 2015, were a loss for the company following the recent international push. Despite ringing in $652 million in international revenue, Netflix posted a loss of $104 million for its non-U.S. services in Q1 2016.

International expansion has always been a costly venture for Netflix. After launching in Canada in 2011, it took Netflix four years to become profitable in the country. With many territories in its most recent round of expansions, Netflix has opted to pair with local telcos in order to ease its transition into new markets. This time around, the SVOD has again acknowledged that there are still various challenges related to language and payment with its new territories.

“Remember that most of those countries, we haven’t yet seen the full potential, because we’re only in English and only with international credit cards,” said Hastings, pictured.

However, Netflix’s domestic subscription numbers performed better than expected in Q1. It added 2.23 million new members in the quarter, up from a deliberately modest forecast rate of 1.75 million. However, overall growth in the U.S. has slowed over the past two years: In Q1 2015, the SVOD added 2.28 million new subscribers, and 2.25 million in Q1 2014.

In all, the SVOD now has nearly 47 million subscribers in the U.S.

“If you look at (the) history of Netflix stock prices or subscriber growth numbers, it’s always been back and forth periods of growth followed by a slowdown. Investments in content take time to scale up,” Yigit told StreamDaily in an email.

“While it is true that subscriber growth will be slower in the U.S., I think the international side will begin to kick in at a higher rate of growth in about a year to 18 months,” he said.

Of the competition, Yigit said the limited geographic availability of Hulu and Amazon means the companies cannot scale the way Netflix has.

“They provide additional options for U.S. consumers and studios/creators, (but) long term, Netflix has the better hand,” he said.

But Michael Gubbins, an analyst with the London-based media consultation firm Sampomedia, believes that, despite Hastings’ confidence, the company should watch its back, especially when it comes to Amazon.

“Amazon is now a true competitor, but it reached that place via a different, largely unexplored route. In both cases, (Amazon and Netflix) have been moving away from ‘pile-em-high’ volume services (and) towards quality offerings with exclusive content,” said Gubbins in an email.

Recently, Netflix has also been dogged by news of an upcoming price hike, even for grandfathered subscribers. Netflix had announced in 2014 that it would hold the $7.99 subscription price for existing customers for two years. As the deadline looms closer, the price hike has become top-of-mind for many users.

In its Q1 shareletter letter, Netflix confirmed it “hopes to maintain” the $7.99 price.  However, on its website, the SVOD indicates the $7.99 rate will only buy a single stream and no longer support HD and UHD content.

Right now, new subscribers to Netflix can buy a standard package (with HD) for two streams for $9.99 per month. Premium service, with four streams and UHD, is $11.99 per month.

Netflix CFO David Wells said Monday that his company did a good job of communicating the increase to its customers, noting, “It was important to us to make sure that subscribers knew that this was happening and to put it in front of them.”

Yigit also expressed confidence that the Netflix price hike will have little — if any — impact. He cited recent research by his own company that found 80% of Netflix subscribers report a high likelihood of recommending Netflix to someone else.

“This is significant because it tells us that the subscriber base is sufficiently happy, and, therefore, a $1 or $2 increase can be absorbed without risk of significant churn,” he said.

Gubbins said that the pricing issue is “somewhat overstated.

“It is important to remember that, in many ways, Netflix is an accidental empire whose pricing and strategic plans have been much more about adapting to changed demand and opportunities, rather than a grand, long-term vision,” he said.