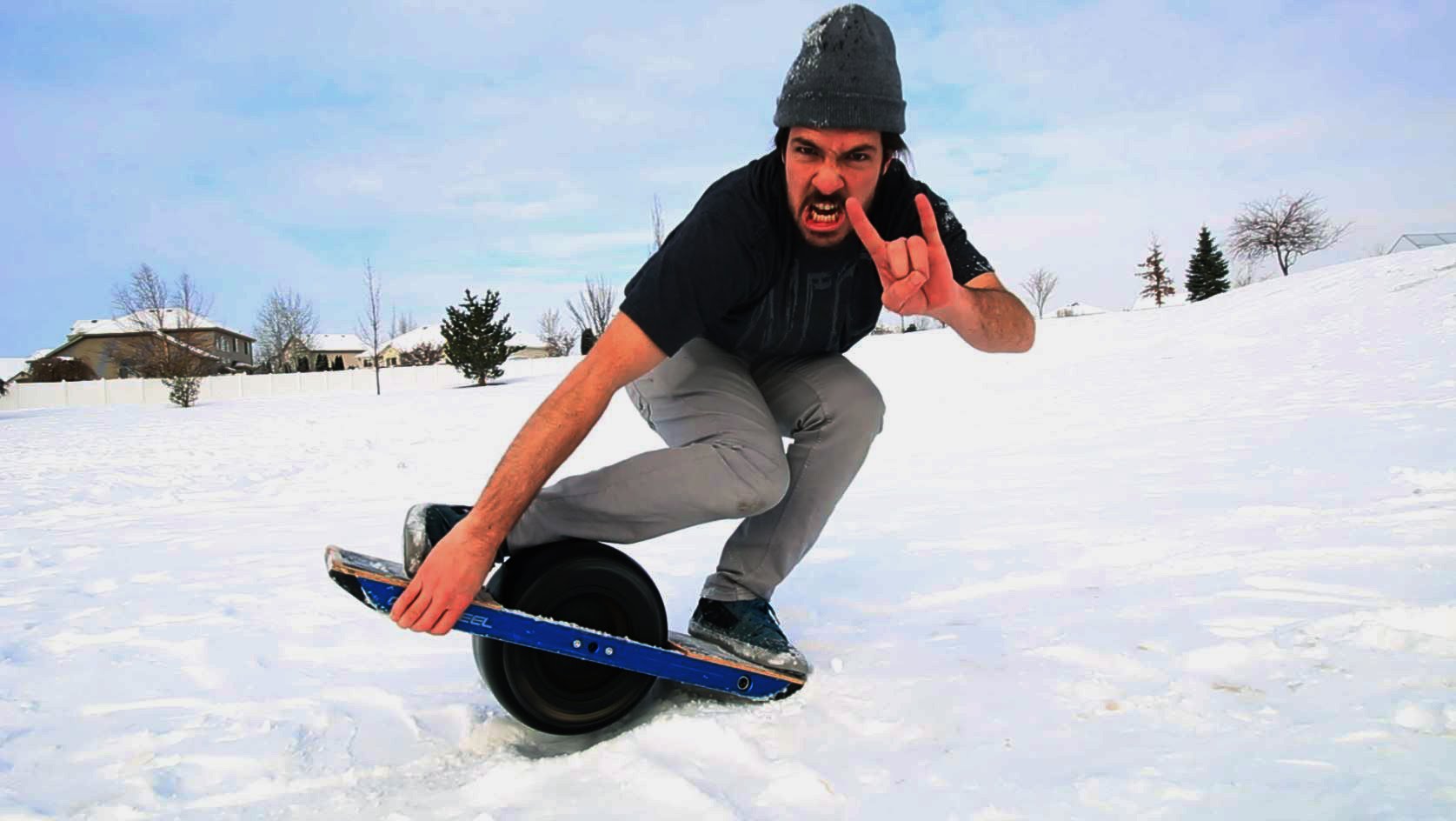 Shaun McBride on making a living off of Snapchat

The creator goes On The Record with his new fan-interactive series, how he's built up the Shonduras empire, and why he's looking to diversify.

Shaun McBride isn’t repped by a talent agency. He isn’t with a multi-channel network, and, with a modest 150,000 subscribers,  he’s only just started building up his YouTube presence.

But make no mistake — McBride is a pretty big deal in the streaming world.

The 29-year-old is currently one of the biggest creators on the mobile platform Snapchat, a preferred mobile video and social messaging platform for teens and young millennials.  Under the username Shonduras, McBride has been on Snapchat almost as long as the mobile platform has been around (it launched in 2011), and has earned hundreds of thousands of followers and millions of cumulative views (not to mention, a pretty comfortable living) on the back of his short stories, quick bits of advice and his absurd art.

McBride, a self-described “chatterbox”, spoke to StreamDaily on the heels of the launch of his latest series, appropriately titled Make My Monday. The series is a product of the AT&T Hello Lab, an incubator program launched as a joint venture between the American telco and Fullscreen. It features McBride taking on challenges from his fans — whether it’s skydiving, bungee jumping or taking a bath in a tub full of cereal.

The show encapsulates everything McBride loves about Snapchat: the rapid response and community interaction. He compared the give and take with his fans to giving someone a gift on Christmas day.

“That moment when you see their faces light up and you see the appreciation and you’re just like, ‘Oh yeah, I’ve made their day.’,” he said.

McBride said he takes time every day to read fan messages and chat directly with his followers on the platform. And because Snapchat notifies users when someone sees their messages, the fans are nearly always delighted.

“Back when I was a kid, my favorite celebrities were (NBA star) Michael Jordan and (skateboarder) Tony Hawk. If I’d sent them a message and I could see that they read it, or even that they responded, I’d go nuts,” he said.

“Even though you can leave comments and ratings on YouTube and Instagram, it really doesn’t get any more real-time than Snapchat. Everything is instant — it’s a messaging platform,” said McBride.

Perhaps it’s his relatability, his fun-loving nature or his relatively family friendly approach to content, but McBride’s signature style has helped him secure branded deal after branded deal. He estimates he’s done about 70 campaigns (which are usually broken down into several posts), with the likes of Samsung, Taco Bell, Red Bull, and AT&T.

Unlike YouTube, which is friendlier to scripted content, and Vine, which requires elaborate and witty staging for its six-second videos, McBride said the best approach to branded campaigns on Snapchat is to simply be conversational.

“You don’t have to over-think it or write a script or anything. Like I said, I like to talk, so, really, what’s best to do is just talk about (the branded product or service).  Sometimes it’s as simple, as ‘Hey guys, I’m going to go see this movie this weekend, you should come see it too.’ Or ,with Samsung, whenever they get a new phone, I just try it out, talk about the features a little,” he said.

While he wouldn’t say exactly how much his deals are worth, McBride confirmed that he does indeed make a comfortable living off of Snapchat: “I get a ton of work from brands, so it’s a good job.”

But, given the speed of change in the digital industry, even Shonduras isn’t necessarily banking on a forever career on Snapchat.

Sure, at the moment, Snapchat appears to be a behemoth in social video. The platform reportedly sees eight million video views per day, putting it on par with Facebook, with MTV, Comedy Central, Refinery29 and Buzzfeed all rolling out original branded series on the Discover platform.

At the same time, Snapchat is not without its challenges.

“Discovering people on Snapchat is not always easy,” said McBride, in reference to the search system for adding users to one’s daily feed.

The biggest question mark comes from the demo that loves the app most — users under the age of 18 years. They can be fickle, said McBride, who believes it’s always in a creator’s best interest to put your eggs in more than one basket. Hence, the new YouTube channel, where he’s working on is a companion series to Make my Mondays, a longer form, behind-the-scenes look the original Snapchat offering.

“If Snapchat were to go down in popularity, if it were to fade from the landscape, you literally don’t have a portfolio, because it isn’t permanent; whereas if you do something on YouTube, it’s there, you can roll it back out and promote it several times, it’s up there permanently,” he said of the strategy behind the platform move.

McBride maintains it’s not an escape plan. Rather, he said, “it’s no different than any other business — you want to diversify and be on the lookout for ways to expand your brand.”

On The Record is StreamDaily’s newest series featuring creators and execs at the top of their game as they weigh in on a fast-changing industry and trends that can make, or break, a brand.