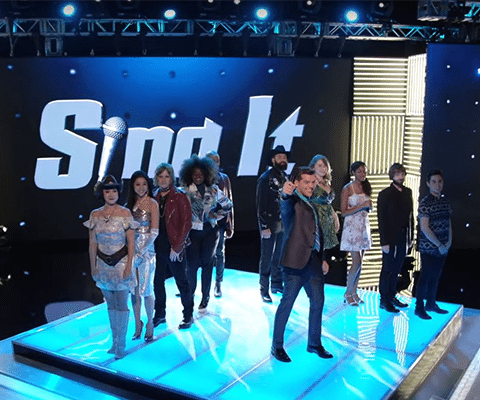 Following its festival debut, the new scripted comedy series by Fine Brothers Entertainment will drop on the SVOD on May 25.

YouTube’s latest original, Sing It, is set to drop on its new SVOD service, YouTube Red, on May 25.

The 10-episode scripted comedy series, produced by Fine Brothers Entertainment and Mandeville Films, follows the behind-the-scenes drama of a long-running reality television singing competition in the same vein as the now defunct reality series American Idol and The Voice.

The series will also bring an

interactive element: prior to the finale, YouTube Red users will be able to vote for the winner of the on-screen show, choosing between the final two contestants.

Those attending the Tribeca Film Festival will get a sneak peak at the series early — the premiere of Sing It will be screened at the festival as part of its first digital creator’s market on April 25. Following the screening, series creator Rafi Fine will be present for a Q&A session, along with Mandeville Films president of television Laurier Zaks, Mandeville Films partner Todd Lieberman and YouTube’s head of scripted originals Tim Shey.

It’s one of the first new projects for the Fine Brothers since they created a storm of controversy around their flagship “Reaction” series. The brothers announced a plan to trademark and license the format, resulting in major backlash from the YouTube community at large. The duo has since rescinded the claim and apologized publicly.

It’s hard to say how much impact the controversy has had on the Fines’ popularity — they currently attract 13.8 million subscribers on YouTube, and have gained about 300,000 in the past six months. Last year, Forbes ranked Fine Brothers Entertainment as the second highest-earning YouTube brand, pulling in $8.5 million in 2015 (tied with another comic duo, Smosh).