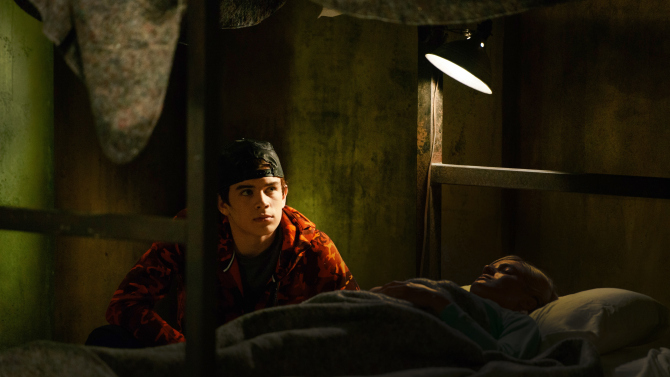 The subscription streamer continues its buying spree with a teen comedy-drama series from AwesomenessTV.

When it comes to acquisitions and exclusivity deals, Hulu has stepped up its game in recent months.

The latest in a string of content deals for the SVOD service is with AwesomenessTV.  Later this year, Hulu will become the exclusive streaming home of Freakish, a 10-episode scripted series about a group of small-town high school students fighting to escape a group of predatory mutant freaks following a chemical meltdown.

In a separate deal, Hulu also acquired the exclusive SVOD rights to two of Awesomeness Films’ feature-length documentaries: Tyler Oakley’s Snervous, which premiered in theaters and on direct-to-consumer platforms in December 2015, and The Janoskians: Untold and Untrue, a mockumentary and concert special from the Australian comedy group. Both movie titles are now available on Hulu.

“Our Gen Z audience craves binge-worthy, on-demand entertainment, which is why we’re excited to be in business with Hulu,” said Shelley Zimmerman, executive producer and head of scripted series for AwesomenessTV, in a statement.

AwesomenessTV has also recently struck a number of exclusive SVOD deals with YouTube Red including Dance Camp, Foursome and We Love You.

Hulu, meanwhile, has ramping up its own exclusivity deals across television and movies, gaining the rights to popular titles like Curious George, the doc He Named Me Malala, and millennial-focused feature film Joshy.

No premiere date is set yet for Freakish.