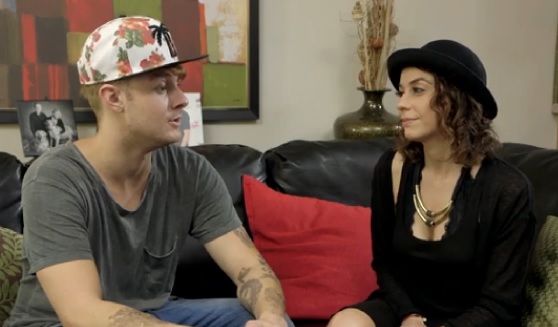 The web series features 10 YouTubers and Viners, and marks Time Inc.'s latest move to capitalize on the shift toward digital video.

Time Inc. has been making bold moves into the digital space over the past year as it looks to take advantage of the shift in audience content consumption habits away from print in favor of online video. At its NewFronts presentation last May, the media co. unveiled plans to bring nearly a dozen new projects to life under its digital sports and entertainment brands, and it’s been building on that promise ever since.

This week, Time marked a further move into the streaming space, confirming it had partnered with digital entertainment studio Believe Entertainment Group to launch the pop-culture-focused web series Social Currency across its People online property.

Social Currency went live April 14 on People.com, with new episodes to roll out weekly on the site. It features 10 social media stars as they collaborate on creating a YouTube or Vine video. In each episode, the creators pair off to reveal the secrets to their success, including tips and tricks on social media, how they got their start and built their followings, and how they respond to online comments — both from online fans and trolls.

“We wanted to create a format that was different than the standard interview, befit of the collaborative digital space, that allowed these stars to interview each other in a looser, more authentic setting, opening up honest conversation about how to succeed in the space as it continues to evolve,” said Brian Hunt, executive producer of the series and head of development for Believe Entertainment, in a statement.

Lazar is also executive producing the series, along with Believe Entertainment (the New York-based studio behind the animated The LeBrons with LeBron James, now in its third season on YouTube and other platforms, and In the Booth, a doc-style series on YouTube featuring star DJ Tiesto.)

The launch of Social Currency comes on the heels of another People original, The Castle Next Door:  The Novogratz Family Takes Hollywood, which premiered in March on the magazine’s website in partnership with Madica Productions and Content 23.  The 10-episode series chronicles the move from New York to LA of home designers Bob and Cortney Novogratz with their seven children to renovate a castle in the Hollywood Hills.  In October, People launched a three-part series, The Keswanis: A Most Modern Family, which shared a glimpse into the daily life of the San Diego-based Keswani family featuring social media star Big Nik (who has 2.7 Vine followers), transgender first grader Devina, aspiring teen beauty queen Sarina, and their parents. The series saw 315,000 streams when it first aired on People.com, according to the media company.

In March, Time announced it had partnered with the lifestyle MCN StyleHaul on a campaign aimed at bringing more millennial-friendly voices into its branded content. The media company also recently inked a deal with Asian English-language broadcaster ASN that will see Sports Illustrated content distributed across Asia on both linear and digital platforms.