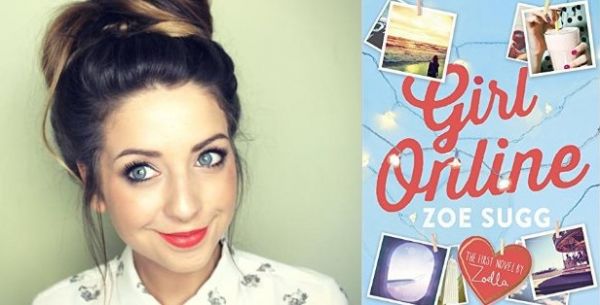 The new publishing house from the fashion and lifestyle network is a co-venture with Adaptive Books, which publishes traditional and digital books.

The publishing world is about to get another player. StyleHaul Books is a new joint venture from Stephanie Horbaczewski’s StyleHaul network and Adaptive Studios, the prodco behind the Emmy-nominated HBO reality series Project Greenlight.

The new publishing house is a division of Adaptive’s own Adaptive Books, which publishes both traditional and digital books, and distributes via Ingram Publisher Services. Under the StyleHaul Books banner, authors will be drawn from the digital network’s roster of 6,500 lifestyle, beauty and fashion creators.

Titles will span genres, from original fiction and memoirs to how-to guides and children’s books, with an eye on developing the stories across platforms, including graphic novels, films or series.

“We have been watching the rising trend of creators like Zoella hitting the bestseller lists, so this is an opportunity we wanted to offer to our network. It’s exciting to have a partner like Adaptive, who understands both publishing and the digital space,” said Olivier Delfosse, StyleHaul chief operating officer of StyleHaul.

Zoella (real name Zoe Sugg) is a British vlogger whose teen romance novel Girl Online has become a U.K. best seller. Sugg later confirmed, following a storm of controversy, that she penned the book with help from a ghostwriter, but the uproar did little to slow sales. Published by Penguin Random House, the book sold more than 78,000 copies in its first week of release in 2014, making it the fastest-selling book for a debut author. The novel went on to become the best-selling hardcover for 2015 in the U.K.

Dustin Thomason, New York Times best-selling author and an executive producer on WGN’s Manhattan, and Nick Simonds, former publisher of Blumhouse Books, will be part of the creative team developing for StyleHaul Books. The first titles from the collaboration are in discussion and expected to launch later this year.

StyleHaul looks to leverage the reach of its influencers, who, according to the network, together generate more than two billion monthly views, to promote and market the titles.

The first young adult book published under the Adaptive Books banner, Coin Heist, is also the first to have been adapted into a film. Adaptive announced earlier in April the wrap of production on the project which stars a cast of young talent and social media influences who collectively have over nine million followers. Adaptive’s publishing program also includes Adaptive Comics, which produces graphic novels and comic books.