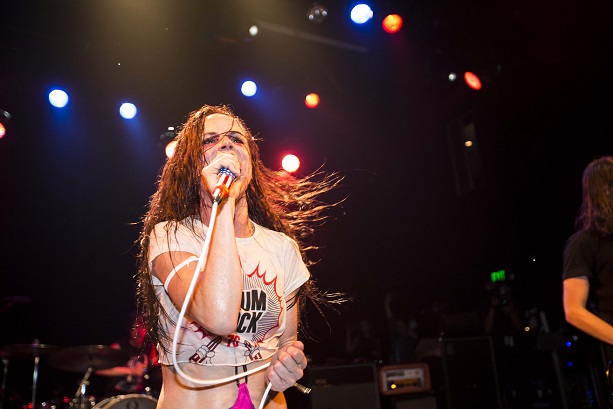 Developed with UX Entertainment Group, the film is part of the Red Bull TV's Let It Play series, a set of music-themed original docs.

Hard Lovin’ Woman is scheduled to debut on April 15 at the Tribeca Film Festival. Developed in association with UX Entertainment Group, the documentary-style short explores Lewis’s shift away from the acting world to self-finance a music career through her own rock band, The Licks.

The film will be available to global audiences for free on April 23 via Red Bull’s OTT service, Red Bull TV.

Hard Lovin’ Woman is part of the Red Bull TV Let It Play series, a set of original documentaries intended to highlight untold music stories and the artists behind them. Each film in the series will feature a different director and artist, including rapper Charles Hamilton, coming later this fall.

The Lewis doc was produced by Jason Bergh and Sal Masekela, and directed by actor and director Michael Rapaport.

“Throughout the film, viewers will get to witness the real Juliette Lewis: no make-up and raw,” said Rapaport in a statement. “Hard Lovin’ Woman gives a very real experience of who Juliette is and her struggle to pursue her passion of music.”

The Tribeca festival is set to launch in New York April 13 and runs until April 24. In March, the annual indie film event, which was co-founded by Robert De Niro in 2002, announced it would be opening its marketplace for the first time to digital creators and producers this year, offering special screenings of online projects.

Genna Terranova, festival director for Tribeca Film Festival, told StreamDaily in an earlier interview that the rising quality of digital content — and the sizable audience that it attracts — is what has pushed the festival to add the marketplace.

Hard Lovin’ Woman is not among the projects at the April 21 digital market, rather it is included in the festival’s shorts line up. Click here to see a trailer from the film.