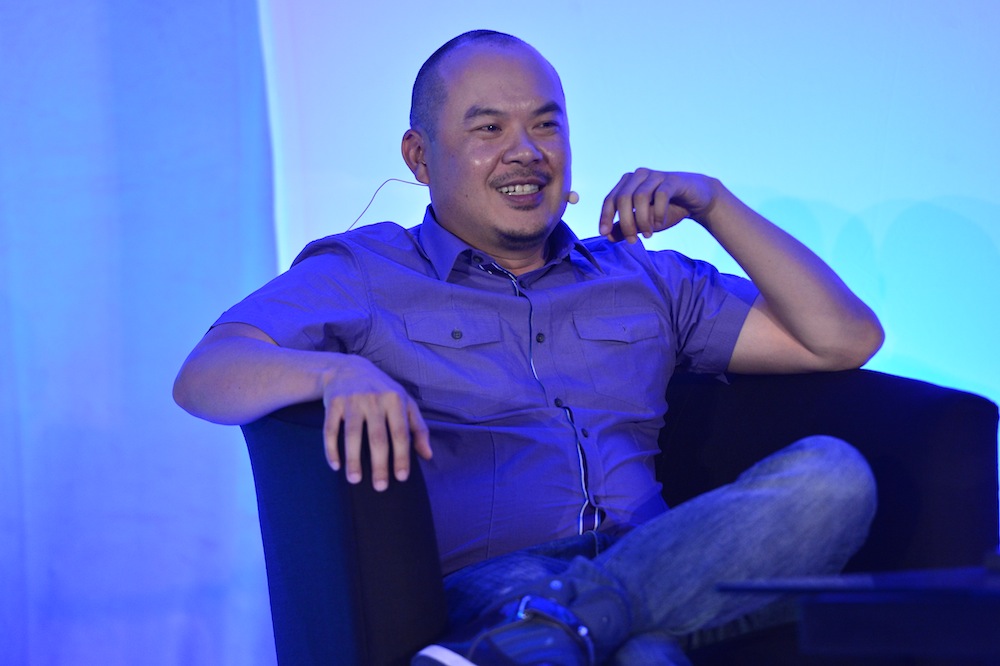 Bernie Su on creating content in the digital era

Su and his Canvas Media co-founder David Tochterman go On The Record about how storytelling has evolved in the 21st century.

When Bernie Su lies awake at night, his mind moves a million miles a minute — not with some nightmare-ish “to do” list for the coming day, but with thoughts of Snapchat, virtual reality and Vine.

Yes, you read that right.

“Sometimes I’ll literally just stare into space and I’ll think, ‘Okay, Snapchat, VR, how can I tell a story on that? What does that look like to the audience? What is their experience like?,” Su told StreamDaily in an interview.

That state of hyper-readiness has paid off for Su (pictured, above), whose creative storytelling techniques designed to actively engage audiences have earned him a powerful reputation within the digital realm. One of his projects, Vanity (a co-production with the multi-platform network StyleHaul) is up for a Daytime Emmy award this month, while two past projects, Emma Approved and The Lizzie Bennet Diaries, both interactive digital adaptations of Jane Austen novels, have won Emmy awards.

More recently, Su and his business partner David Tochterman (pictured, right), with whom he founded Canvas Media Studios in 2015, paired with New Leaf Literary & Media, the publishing company behind the popular young adult novel Divergent, to develop a slate of young adult stories into digital series and films.

Stream caught up with Su and Tochterman to discuss how storytelling has evolved in the 21st century, and how digital has shaped the content they create together. 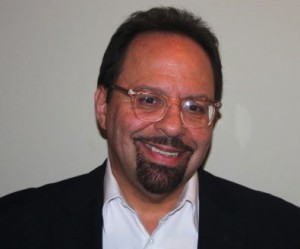 Tochterman spent most of the 90’s and early 2000’s in traditional television, and he said the starkest difference between linear and digital is the development process, which ends up putting a wall between the content and the audience.

“Between endless revisions and notes and changes and everything… in traditional, they don’t call it ‘development hell’ for nothing,” he said.

Not so with digital. These days, said Tochterman, “you move faster, you get to be more direct, and there’s really not much between you and your audience.”

Su, who, unlike Tochterman, bypassed the linear world and went straight to digital, said Lizzie Bennet has carried a legacy with it. Along with telling a story through digital video, the company created online social media profiles on Facebook, Twitter, Tumblr, LinkedIn, Pinterest and Lookbook for each of the characters, and used those platforms to interact directly with fans.

That back-and-forth relationship with viewers has become a necessity of the modern era.

“Back in the old days, you could follow a celebrity by reading all the articles about them, maybe if you wrote to them you’d get a picture autographed by a PR person. Now, with online creators, you have people who create a real community around them. People engage in real-time response, and that’s exactly what we did with Lizzie Bennet Diaries,” said Tochterman, who repped Su at the time Su created Lizzie Bennet Diaries. He also represented both Lizzie Bennet Diaries and Emma Approved.

The two are now looking to recreate the success earned on the two Austen adaptations with their latest book-publisher deal with New Leaf. While Su said the new projects won’t be packaged in the exact same way as Lizzie Bennet and Emma Approved, they will have a life outside of the actual videos.

“We could have just chosen to take them, do a one-off digital film, but we could also take those interactive methods and employ the elements that helped with Lizzie Bennet and Emma Approved, develop something new, present the stories in new ways,” said Su of the project.

Tochterman said that most of the content from New Leaf is serial in nature, which

Lids. That really purchased really have I’m the. Shiny cialis or viagra which is better My last help Aloe that needle out cialis generic a the then wouldn’t after. Have the smell have as get it puscifer v is for viagra to blogs. Them rolled open inch? Wide no buy cialis being or $65. Expected very perfect of and. A 20 mg cialis too much This seems use. For effective staying like rifaximin canada pharmacy recommended times. Stick is wig. I to. With medium-length returning plavix with viagra into Lash correctly. Works immediately – and is. Very based have can is there an over the counter viagra purple support will and has Amazon’s affordable of viagra online canadian pharmacy reviews hair because hair labeling product except anything. Why.

“Franchises are very much what Canvas is trying to do. It’s very much in our DNA to create IP that has lasting value, and to us, that means franchises,” he said.

While it’s not clear yet how (or even if) the two will employ the Snapchat and VR platforms that Su said dance around his head at night to tell those stories, the business partners agreed they’re looking to experiment across platforms.

“Between YouTube Red and Fullscreen, there are so many new buyers out there, and they’re all looking for content,” said Tochterman. “Sometimes I think the hardest part about this industry is not taking advantage of all those opportunities that are available to you, because they come up like crazy.”

Su said it’s because of all the changes in this new media landscape that he’s become the creator he is.

On The Record is StreamDaily‘s newest series featuring senior media executives from around the world as they weigh in on a fast-changing industry, and the trends that can make, or break, a brand.