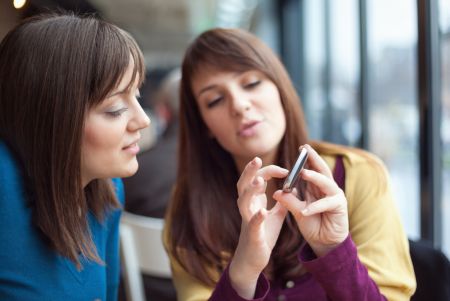 The IAB survey finds viewers over 35 years respond better to tablets, but smartphones are the key to unlocking millennial audiences.

It’s long been believed that people in the millennial and Gen Z demographic have shorter attention spans.

Now a new study conducted by the Interactive Advertising Bureau (IAB), in partnership with Millward Brown Digital and Tremor Video, confirms that stereotype. The study looked at the ad-viewing habits of digital audiences and found that digital video ads around 10 seconds resonate better with younger viewers. At the same time, ads measuring around 30 seconds play better with Gen X and young baby boomer audiences.

The study was conducted among 1,800 people in the U.S. ranging from the age of 18 to 54. They watched two versions (10 seconds and 30 seconds) each of three different video ads (which ran across three industry verticals: automotive, consumer goods and quick casual restaurants) and then asked a series of questions based on those ads. A total of 600 respondents watched the ads on desktop, 600 on smartphones and 600 on tablets.

Across all mobile platforms, those in the 18-34 demographic generally preferred 10-second spots, with 63% of respondents reporting better brand appeal for the shorter ads on smartphones (54% for 30-second ads) and 68% on tablets (61% for the longer videos).

Respondents also reported that they were 3% more likely to be persuaded to buy a product from a 10-second ad on a smartphone, and 8% more likely on a tablet.

For those over 35 years, the reactions were reversed: respondents in this age group reported 60% brand preference

The study also looked at the impact of the platforms the ads appeared on. Respondents under 35 found ads on smartphones and tablets to be relatively similar in terms of brand appeal and the likelihood that they would buy the product. However, the difference was more drastic among those over 35 years — smartphone ads were rated at 55% for brand appeal and 49% for likelihood to buy among the demographic (regardless of the ad length), whereas the same ads on tablets logged 68% and 62%, respectively, leading the IAB to determine that larger screens are sometimes better for communicating more complex messages.

Other conclusions found in the survey include:

Joe Laszlo, VP, industry initiatives at IAB, said in a statement that the findings are “critical” to create more effective digital advertisements

“The conventional wisdom is that all video ads on mobile screens must be short in order to resonate with audiences. Our research shows that for some demographics… this doesn’t hold up,” he said.

The full IAB report can be found online here.