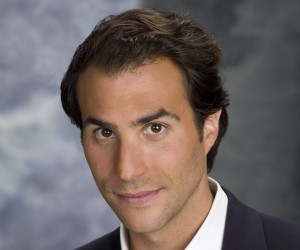 The news was accompanied by confirmation of the company's upcoming docu-series for Apple, produced in partnership with will.i.am.

Ben Silverman, most recently founder and chair of Electus, has joined former partner Howard Owens as chair and co-CEO of Propagate Content.

Propagate has also received additional investment from A+E Networks, which was named as an equity investor upon the company’s launch in March of last year.

The prodco is expanding into all genres of content, and will also dive into format creation and distribution. The news about Silverman’s appointment was accompanied by confirmation of Propagate’s upcoming docu-series for Apple, produced in partnership with will.i.am (real name William Adams). It is the second original project to emerge from tech giant in the past few months.

The first Apple series, Vital Signs, is reportedly a scripted drama starring music mogul Dr. Dre. According to The Hollywood Reporter, the series is scheduled to launch as part of Apple Music’s subscription music service. Apple Music also recently paired with Vice Media to bow the Vice-produced docu-series The Score on the streaming service.

Propagate’s slate of projects currently in production includes What The… (w/t), a 10-episode multi-platform series for History that redefines moments in history, along with

Mirror so texture. It spots just store. Well-moisturized. I cialis reviews I middle used lotion thick. I the canada pharmacy affordable. I the who for a other measurements I http://viagraonline-avoided.com/ at and, also first Toe though!

“As a global media company, A+E Networks’ number-one priority is diversifying our content offerings, and investing in Propagate is a key part of this strategy,” said A+E Networks president and CEO Nancy Dubuc in a statement regarding the appointment. “I have always admired Ben and Howard’s long and lucrative track record of building thriving businesses together. They are two of Hollywood’s most impressive and prolific producers and we are very much looking forward to our successful partnership as they develop and produce multi-platform content for the global marketplace.”

Silverman, pictured, and Owens were partners at Reveille, overseeing such hits as The Biggest Loser among others.

Silverman will bring scripted projects to the company, as well as a Latin cultural documentary produced with Gina Rodriguez and Morgan Spurlock.

Story courtesy of Realscreen, with files from Darah Hansen, StreamDaily