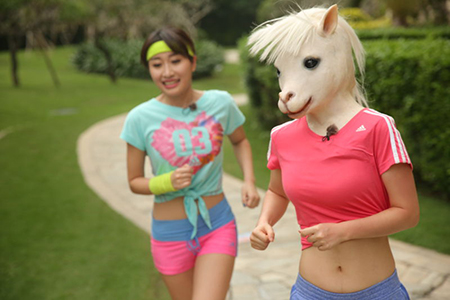 The Israeli distributor has inked a co-development deal with the Chinese digital brand and its first effort is a lifestyle format.

The series, co-developed by Armoza and Sohu and launching at this week’s MIPTV market in Cannes, has been commissioned for its first season in China, with production slated to begin later this month.

The Chinese series has been scheduled for an early summer premiere on Sohu’s VOD service, TV.Sohu.

“At Armoza Formats we strongly believe that progress and creativity are closely related to connecting capabilities between cultures,” said Avi Armoza, CEO of Armoza Formats, in a statement. “We pride ourselves on bringing Israeli innovation and creativity to the market, and see our collaboration with Sohu as taking us one step further in creating the next generation of content.”

Elsewhere, the Israeli firm has sent its culinary docu-reality series The Foodies to Endemol Shine Germany.

The two companies have most recently worked together on the German version of Armoza’s I Can Do That!

The hour-long series follows a group of foodies as they explore new restaurant experiences. Each episode will feature the group as they share their unfiltered opinions and ratings of the food, service and ambiance within each individual eatery.