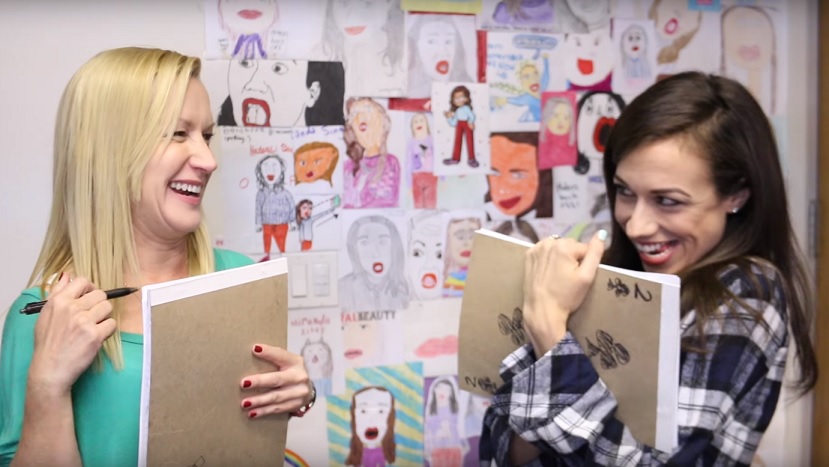 The former stars of The Office and Eastbound and Down will join the tone-deaf Miranda for the SVOD's first original starring a YouTuber.

Haters back off, because Angela Kinsey and Steve Little are returning to the small screen. The two comedic actors have just joined the supporting cast of Netflix’s new original comedy, Haters Back Off, which centers around Colleen Ballinger-Evans’ bizarre, but well-known YouTube character, Miranda Sings.

Kinsey, who is best-known for her nine-year run as the uptight accountant Angela Martin on NBC’s The Office, will play Miranda’s mother Bethany, while Little, a member of the Groundlings comedy troupe who also starred in the HBO comedy Eastbound & Down, will play Miranda’s Uncle Jim.

Miranda’s mother and uncle, whom the character lives with, have been unseen figures on the series since 2008, when Ballinger-Evans first created the online character and began posting videos under the Miranda moniker. (Part of Miranda’s backstory is that she lives with her mother and Uncle Jim).

Haters Back Off will consist of eight, half-hour episodes and will further explore the personal and family life of the tone-deaf, self-obsessed and hyper-confident Miranda. The Netflix show was developed by Ballinger-Evans and her brother, Christopher Ballinger, along with showrunners Perry Rein and Gigi McCreery. It is being co-produced by Netflix and Brightlight Pictures.

According to Netflix, it is the first Netflix original series to feature a YouTube star.

Since she first created the Miranda character, Ballinger-Evans has made an art of being tone-deaf, uncoordinated and lacking self-awareness. Miranda’s official YouTuve channel has earned more than six million subscribers, while Ballinger-Evans boasts just under four million on her personal channel. She’s also taken her show on the road, embarking on the 14-city “Selp Helf” tour in 2014 and two additional tours in 2015 (on top of headlining that year’s Just For Laughs comedy festival in Toronto, Canada). She has since released a comedy special featuring footage from the tour on Vimeo.

A premiere date has not yet been set for Haters Back Off, but according to Ballinger-Evans’ YouTube video, filming is set to begin this month in Vancouver.