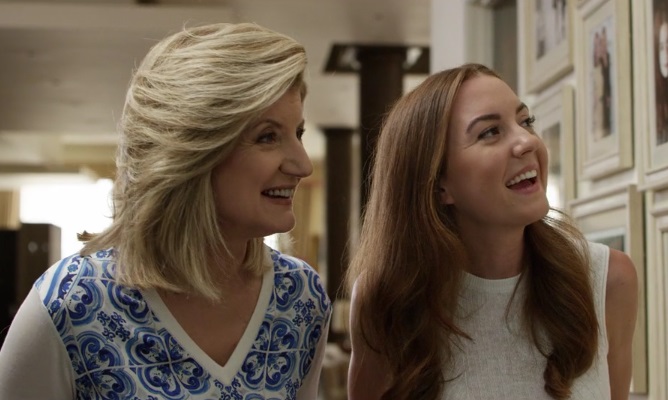 HuffPo and Unilever launch Talk to Me series

Each episode features an influential parent interviewed by his or her child in an effort to inspire "authentic" conversations between generations.

What do Oprah Winfrey, Arianna Huffington and Richard Branson have in common? (Besides great hair and a global business empire or two, that is.)

The high-profile moguls are all featured in a new branded original series produced by The Huffington Post, in partnership with Unilever.

In each episode of Talk to Me an influential figure is interviewed by his or her child, parent or people they have mentored. Through these interviews, the series aims to inspire “authentic” conversations between generations, while touching on important social issues like women’s empowerment, gender equality, environment and child hunger – topics that also fit with Unilever CEO Paul Polman’s strategy to maintain his company’s position as a global corporate social responsibility leader.

The series was created and executive produced by Christina Huffington, daughter of HuffPo president and editor-in-chief Arianna Huffington. Mom and daughter (pictured together above in New York) feature in one of the first three episodes, which dropped on a dedicated page across The Huffington Post international sites and on Facebook.

Winfrey and Branson field questions in the other two videos. Winfrey is interviewed at her California home by three young women who graduated from her school in South Africa, while Branson talks with his son Sam at the family estate in the British Virgin Islands.

Beyond the episodes, HuffPo and Unilever are also inviting people around the world to record and share their own candid interviews with family members. Episodes will run exclusively on Facebook.

“As an adult, there is so much to be gained from flipping the dynamic and asking your parents to talk to you,” said Christina Huffington in a statement. “We are launching Talk To Me in the hope that children everywhere will begin to initiate these conversations with their parents and ask the questions there never seems to be the time to ask.”