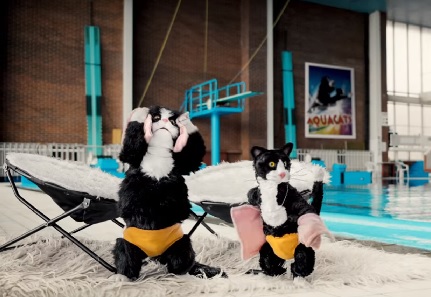 Additionally, 10 videos that were previously released on YouTube, which have garnered more than five million views to date, are now available on the Disney app.

The program features some of the most prominent stars in Maker Studios’ network including EvanTubeHD (The Fixits), Random Encounters (Resident Enis 2), Patrick Boivin (The Aquacats, pictured), CaptainSparklez (CaptainSparklez Skate Challenge), ZexyZek (The Not Too Bad Show), as well as up-and-coming talent and creators.

Chris Williams, head of channels for Maker Studios, said the XD program was created to provide Maker creators with the resources to make premium short-form content, “and that includes a way to get it to a broad audience.”

The incubator may also be developed further into television pilots for Disney XD, the company confirmed. The original incubator launched in September 2015.