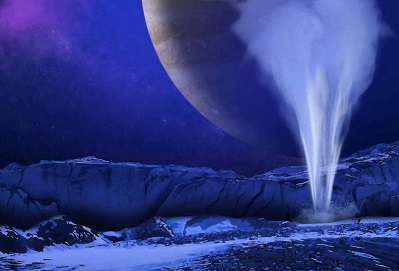 The SVOD has partnered on the $5-million co-pro, which will consist of a feature doc and television series chronicling the search for alien life.

The Living Universe, a feature documentary and television series exploring the possibility of alien races, will be brought to life following a partnership by European cultural broadcaster ARTE and CuriosityStream, a global science-based SVOD platform created by Discovery Channel founder John Hendricks.

The $5-million commission was announced this week during MIPTV 2016 in Cannes, France. The Living Universe is a co-production between Australian indie prodco Essential Media and Entertainment and French non-fiction producer and distributor ZED.

A story set is the past, present and future, the project chronicles the interstellar search for new life forms in the distant reaches of our (so far) lonely galaxy. It consists of a 90-minute feature doc and 4 x 60-minute series. Shot in 4K in remote locations around the world, the project will employ CGI to help viewers better imagine alien ecosystems.

A French version will be co-directed by Vincent Amouroux (Species of Mass Destruction, Darwin 2.0).

The deal will see ZED acquire the international distribution rights, while ARTE has the TV broadcast windows for France and Germany.

Curiosity Stream holds the streaming rights in the U.S. and Caribbean.

The Living Universe will be executive produced by Essential Media’s Chris Hilton and Alan Erson, alongside ZED’s Christine Le Goff.

Contributing to the project’s funding are: Australia’s Screen Australia and Screen New South Wales, France’s CNC and the Creative Europe program of the European Union.

CuriosityStream, an SVOD platform devoted to non-fiction content, launched in the U.S. in March 2015. The service has since rolled out to global subscribers.