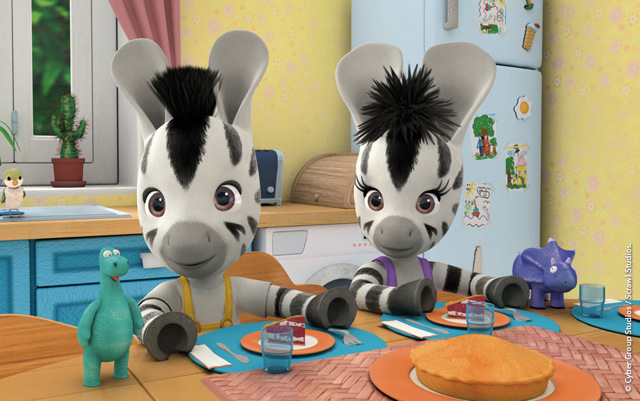 The deal marks the first time Paris-based prodco Cyber will bring its animated offerings to Asia, where they will run on linear and VOD.

Paris-based prodco and distributor Cyber Group Studios has partnered with Chinese distributor WeKids to bring three of its most popular animated series to China.

Zou, Zorro the Chronicles and Mini Ninjas will be distributed across various television and VOD platforms throughout mainland China, Hong-Kong, Taiwan and Macau.

This deal marks the first time Cyber Group’s animation properties will be brought to the Chinese market.

Zou (pictured) is already distributed in more than 150 countries and translated into more than 30 languages. The slate acquired by WeKids includes 156 11-minute episodes and is targeted toward preschool-aged children. The third season, currently in production, has been pre-purchased by Disney EMEA and will premiere on Disney Junior France before the end of the year.

Since its launch in 2015, WeKids has acquired more than 3,500 episodes of animated kids programs and made them available on multiple digital platforms including transactional and subscription VOD, OTT devices and Android-based apps for mobile and tablet devices. It distributes content in both Chinese and English.