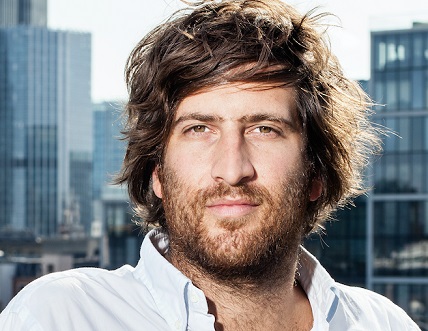 The acquisition will see the edgy U.K. studio escalate its scripted output across film and TV as Vice looks to bolster its own programming capabilities.

The production house behind the forthcoming feature film American Honey (starring Shia LaBeouf) and recent Sundance winner All These Sleepless Nights is now under the fast-growing Vice Media banner.

Vice made public the acquisition of Pulse Films March 29. The deal will see the edgy U.K.-based brand escalate its scripted output across film and TV, as Vice looks to bolster its own programming capabilities across digital, mobile and — with the recent international launch of its 24-hour Viceland channel —  linear.

The two companies previously collaborated in 2012 on the award-winning music documentary Shut Up and Play the Hits. In 2013, the two paired up again to develop a slate of original, co-produced projects in the U.S across film, scripted and unscripted television, and online.

Pulse was founded in 2005 by Thomas Benski, who remains at the helm as CEO, and Marisa Clifford, managing director. With 130 employees in London, L.A., New York, Paris and Berlin, the company develops, produces, finances and distributes scripted and unscripted content across all platforms. In the last year alone, Pulse has produced more than 200 projects, expanded its seniors ranks by hiring Patrick Vien as president, and augmented its TV division with Roy Ackerman (managing director) and Emma Cooper (creative director).

In addition, Pulse offers a millennial-targeted talent management component that includes directors and creators such as Kahlil Joseph (good kid, m.A.A.d city with Kendrick Lamar) and Dylan Southern and Will Lovelace, aka Thirtytwo (Shut Up and Play the Hits), as well as collaborations with recording artists such as Major Lazer, The Weeknd, Bjork and FKA Twigs.

This year Pulse also launched a gaming division with projects include Guitar Hero Live (Activision) and Need for Speed (EA).

Andrew Creighton, Vice co-president, called Pulse “one of the few companies in the world that consistently produces content we admire.

“Vice’s acquisition of Pulse is a natural step in a relationship that has been enormously productive for both companies,” he said in a media statement.

Benski, pictured, said in the same statement that the deal with Vice “will give me and my team the perfect platform to take our business to the next level.

“Leveraging our complimentary skills, talent and resources will not only amplify our output and reach but provide us the resources and freedom to continue to grow while retaining our culture and identity.”

Vice was advised on the transaction by the Paul Weiss law firm and Mathias Gentle Page Hassan LLP. Pulse was advised by Wiggin LLP and Davis & Gilbert LLP. The purchase cost has not been made public.