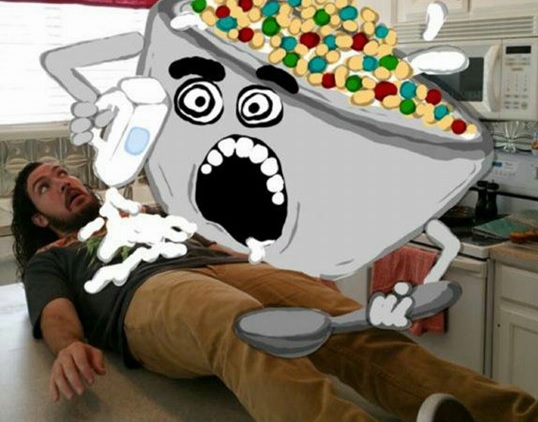 A new episode of Make My Monday, featuring creator Shaun McBride, will appear on the social platform every Monday (naturally).

Make My Monday will feature McBride, better known as Shonduras,  completing a series of challenges his Snapchat followers have sent to him — whether it’s skydiving, bungee jumping or taking a bath in cereal. McBride will post content (naturally) every Monday, and, true to Snapchat’s signature style, the stories will remain available for 24 hours after posting.

The incubator was launched in February through a partnership  between the U.S. cell service provider and the multi-platform network Fullscreen.

While many Hello Lab participants boast sizable online followings — McBride’s peers in the program include comedian Grace Helbig (2.8 million YouTube subscribers), musicians Us the Duo (1.4 million subscribers) and magician and former America’s Got Talent contestant Collins Key (863,000 subscribers) — McBride is one of the few dedicated Snapchatters in the bunch.

It’s difficult to quantify McBride’s current following on the mobile platform as Snapchat does not display follower or view counts on user pages, but the creator is undeniably an influential figure. In 2014, Forbes reported that McBride, now 29, pulled in about $30,000 per branded deal (his partners have included Major League Soccer and Walt Disney World). McBride estimated at the time that he could make “several thousand dollars” per image posted to the platform.

Given the skyrocketing popularity of Snapchat, especially among the desirable Gen Z demographic, McBride’s relative worth as a creator has only increased. The platform reportedly sees eight billion video views per day, on par with Facebook’s self-reported figures.

Content from the other creators participating in the Hello Lab are expected to roll out throughout the remainder of 2016.