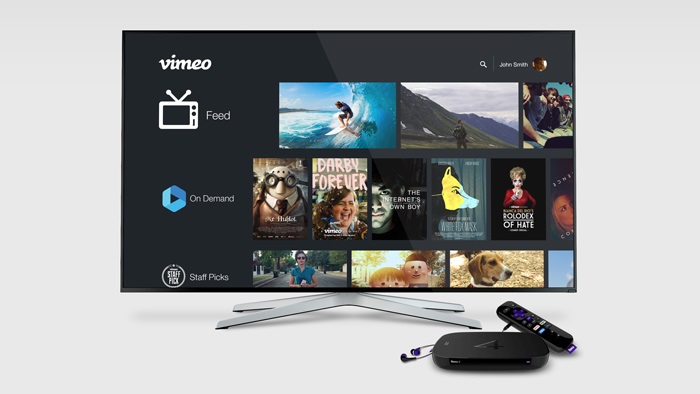 This marks the first time the company has offered transactional features on OTT, as the lines begin to blur between digital and traditional entertainment.

Vimeo has made a major update to its Roku app in an effort to bring its popular transactional VOD model to bigger screens.

The app now offers in-app transactions, allowing users to rent and buy titles directly in the connected TV interface. Prior to the update, users could view videos int he Roku app, including those they had already purchased, but they could only complete those transactions on the desktop version of Vimeo.

Roku is the OTT device Vimeo has updated, but the company has plans to offer the transactional feature on other connected devices.

Will True, senior product manager for TV apps with Vimeo, told StreamDaily it’s a crucial time for VOD companies to offer as many capabilities on a television screen as they do on a computer screen.

“The line is increasingly blurring between streaming video and traditional home entertainment. As that line blurs, it’s a natural progression for us to make sure that our capabilities on streaming devices and OTT match what they are on desktop,” said True.

Choosing Roku as the inaugural device for Vimeo made sense due to the device’s popularity, said True. Of all of the major connected TV devices, Roku has been shown to be the most popular, according to a recent market study. As of August 2015, Roku was found to represent 34% of the connected TV device market, far beyond other major players like Amazon’s Fire TV line of products, AppleTV and Google’s Chromecast. The Roku 4 player was released in October 2015.

The moves comes on the heels of another major tech update from Vimeo. In December, the company introduced adaptive streaming, which would enable its content to stream in 4K Ultra HD, the highest resolution currently available for video content.