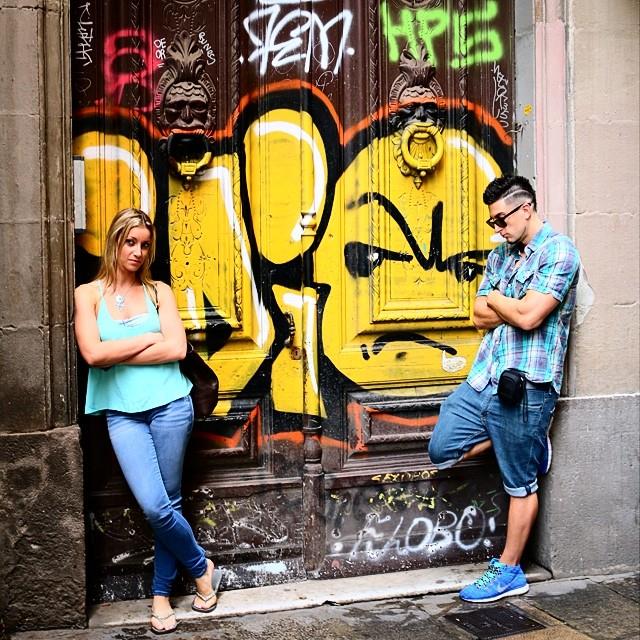 Jesse Wellens and Jeana Smith on the power of pranks

The online jokesters dish on the global appeal of the pranking genre, and why YouTube Red has fallen for their new series, Prank Academy.

With nearly 10 million YouTube subscribers, a ton of branded deals and an upcoming series on YouTube Red, it’s hard to believe that Jesse Wellens and Jeana Smith’s careers all started with a tablespoon of cinnamon.

It was in 2007 when Wellens pranked Smith, his girlfriend, by encouraging her to eat a tablespoon of the chalky spice.  It wasn’t enough to be burned once. Smith soon found out that Wellens had posted the video he took of the experiment to YouTube, where it was viewed millions of times.

“She really didn’t like the fact that I posted it,” Wellens told StreamDaily in a recent interview.

So, what did the pair, both 33, do to resolve the relationship snafu? Smith picked up the camera herself — and the resulting back-and-forth video wars between the two eventually evolved into a prank empire.

Today, Wellens and Smith (who remain a couple) reach nearly 10-million subscribers on their main YouTube channel, Prank Vs. Prank. Their secondary channel, Bf Vs. Gf, has more than eight million subs. They are now working on a prank-focused original series, Prank Academy, which is slated to debut on YouTube’s SVOD, YouTube Red, on March 30. The series will consist of 18 11-minute episodes.

“We’re teaching YouTubers how to prank, and then they turn the pranks on other YouTubers,” said Smith of the concept.

“Since we’re always pushing each other’s buttons and pissing each other off, it was nice to prank others for a change,” she added.

Some of the digital celebs to be featured on the series are Lilly Singh (iiSuperwomanii), Joey Graceffa, iJustine and Miranda Sings.

Smith and Wellens pitched the series to YouTube just over a year ago when the Google-owned company announced that it would be investing in originals, viewing it as an opportunity to branch out and do bigger pranks with bigger budgets.

On top of the popularity of the Prank Vs. Prank empire, the creators were helped by the universal appeal of pranking shows.

Indeed, the two are far from the only pranksters in the space. YouTube goofballs Roman Atwood, Dennis Roady and Vitaly Zdorovetskiy have gained so much popularity on the ad-supported streaming platform (one of Atwood’s most memorable pranks, his giant ball pit prank, has been viewed more than 68 million times), they’ve since taken their pranking to the big(ish) screen with Collective Digital Studios’ feature-length film Natural Born Pranksters, due out in April 1.

In addition, pranks have international appeal.

“You don’t have to speak English to watch a prank video. Anyone can watch it and know what’s going on,” said Wellens.

Smith added that pranks satisfy a need for positive, fun content aimed a young audiences — as long as the jokes don’t go too far.

“To me, a good prank is one where the person (who is pranked) is able to laugh at the end,” she said.

That family friendly formula has paid off for the couple in more than just subscriber counts. The two have partnered with brands such as Pepsi, Totino’s Pizza Rolls, Ubisoft, Fox Studios and Universal Studios.

“I think we’re one of the prank channels that’s a safe go-to for brands,” said Wellens.

Wellens and Smith are, so far, not represented by an MCN, talent agent or manager.

As for their pranking of one another, it hasn’t put a damper on their relationship — for the most part.

“When I put a bug in her meatball, I heard about it for about a month,” said Wellens.

The trailer for the Prank Academy is available below.